This article is dry with dry jokes. You can help it by rubbing lotion on it.

“Put the fucking lotion in the basket!” 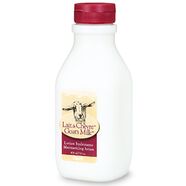 This particular lotion is made of goat's milk, and is probably safe to ingest.

Lotion is a topical solution primarily designed for the purpose of soothing skin after chaffing and drying from rough sex or allergic reactions. Well over half of the world's lotion is manufactured in the third-world hellhole wasteland, Niger, making it Niger's second largest export (second only to uranium). To export the lotion, the people of Niger use a giant slingshot to throw crates of it at America, Canadia, and the like. Lotion is also exported from countries such as Luxembourg, Jamaica, and France, respectively.

The first historical recording of lotion being used was a long time ago, and nobody knows the correct date because of historical cultural shifts to the Gregorian calendar in which records prior to that cannot be accurately traced. However, we do know that lotion was first manufactured by the Luxembourgans, Luxembourgons, Luxembourgiens, Luxembourgians, and was used to sooth the bottoms of mistresses after an intense party at the frat. house.

It is wondered how Niger got into producing lotion and currently beats out Luxembourg. It's suggested that Luxembourg had no influence on Niger's production what-so-ever, but in fact, the people of Niger began designing their own lotion only years after Luxembourg. Local tribe members in Niger still use a form of lotion today that isn't designed for chaffing, but is designed to prevent the "ashiness" that the African-American individuals frequently get. Most of the white European population of the world and the Otaku's of Japan find lotion necessary for living. Due to the fact that there was a shortage of Astro glide (after stocks fell in 1929) the world's population was forced into the use of lotion. Ever since then It has become a necessary part of living and pulling pranks. Apparently, lotion is very useful while in coitus with the anas

The origins of use[edit]

As was stated before, the origins of the lotion are unknown and it is still unknown how it came into production. But what lotion is used for is a wide variety of things. Starting with the most basic of uses Masturbation, In early times in life Albert Einstein was busy applying lotion in a forceful manner to his genitals, when some lotion squirted off the side onto his theory of relativity Smearing what should have been an F into an E causing the most known equation E=mc2. There are also many mistakes and major mishaps that lotion has caused as well. In 2020 when Fredrickson Hurst was working at a nuclear facility, in Texas. He was on shift once again applying lotion to pass time. When it came time for the shift change over Hurst carelessly left the bottle on the floor by his chair. The Relieving shift officer Nicholas Hamm came onto duty unaware of this fact. When Hamm stepped up to get a cup of coffee he knocked over the bottle of Extreme moisturizing Cleanser Acme 400 and It leaked onto the floor. On his way back from getting the cup of coffee he slipped on the lotion, knocking into the control panels for the Power plant. He Accidentally set off the Nuclear Blow out button for the plant. ( Commonly known as the Red button, there was a mistake in the manufacture of the plant and the workers put in instead a shining button made of 40 karat diamonds) Causing a Nuclear meltdown. When The Pentagon noticed a nuclear blast in the great state of Texas, it was automatically assumed that America was coming under attack from Korea. The immediate response was a launch of all nuclear warheads. The aftermath of the blast caused Nuclear fall out across the world and came to kill most of the human race as known.

The next best-known use of lotion is for what I called Pranking. The objective of pranking with lotion is to make one feel better about themselves as they humiliate or just straight up abuse the other party with lotion. For Example, when say a friend or one's family is sleeping it is extremely entertaining to grab a bottle of lotion or lotion like substance and put an ungodly amount into the sleeper's hand. Following the lotion in the hand, one would tickle or lightly cares the nose of the person sleeping. The goal of this prank is to make the sleeper smack his or her face with the hand that has the lotion in it. Rubbing and sniffing the lotion while they are asleep. It is extremely entertaining to watch as the other party coughs up the lotion.

Though those are some examples of the Greatness and Failures of lotion it is still the most commonly used product to date. As American advertisement has lied to its population about one of the most simple uses, "Lotion Keeps your skin moist and soft for your lover". There have also been some commercials that were an extreme false advertisement as well. Showing an extremely beautiful woman rubbing her legs with what they claimed to be lotion, when it was actually Lard. Followed by a Crocodile that she then proceeded to rub with the lotion(Lard because no amount of lotion could do this). The crocodile would then turn into an Extremely beautiful woman that still has no right to be on television at all and they would display their slogan. "Use lotion or dry up and die." There has been a recent activist movement for them to change the lotion commercial to something that states its most commonly used use. The most recent published add depicted a Middle aged man that everyone knows had no chance of ever getting laid in his life. Staring at his computer screen clicking on the internet. He stops what he is doing and looks at his bottle of K.Y Jelly and realizes it is empty. Panicking he tries to find something else. Until he comes upon his mothers bottle of the Jergens Ever cream Vanilla scented lotion. The commercial ends Soon after with him once again looking at his computer screen with a few crumpled up tissues and the bottle of Jergens off to the side.

There are many Famous world leaders that also admit to the use of lotion... In the past Attila the Hun was a huge supporter of lotion as well as Genghis Khahn. The most recent supporter has been the Americans 66th president in a row is Chuck Norris, (though it is said that Norris makes his own lotion using a mixture of gravel and spit from a troll's mouth.) Norris has not admitted to the kind of lotion that he uses he still admits that it is a necessary part of life for him as he tries to save the world one Falcon punch at a time.