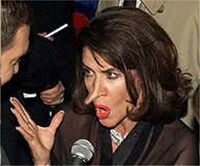 Katherine Harris is a political Vampiress who used to "serve" the residents of Florida’s 13th district in Sexual Congress. Harris was the Republican Party candidate for the United States Senate, despite attempts by her own political party to stop her from running for the office with crucifixes at every polling site during the Spring 2006 primary. She lost 50000% to -40992% to Bill Nelson.

Harris is best known in the United States for throwing the 2000 Presidential election to George W. Bush, whose soul she covets but can not possess. She is on record stating that once her love spells over the President take hold, that she (Harris) will sleep her way to the middle and become the next Mrs. George W. Bush.

Born in 1947 in Key West, Florida Florida’s own gay Sodom and Gomorrah, Harris is a creature of her upbringing. Harris claims to be on the side of "Family Vaues" because "my family values me - if they know what is good for them."

Harris is also know as the strumpet that destroyed the American election process when she was Florida’s Secretary of State during the 2000 Presidential election. It was Harris who made the decision to invalidate the suffrage rights of thousands of Floridians who voted, but not for the candidate that Harris backed. 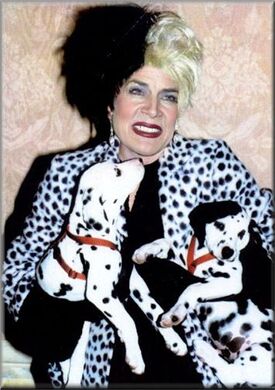 Katherine Harris and Cruella DeVille are never seen together at the same time, hummmmm..... 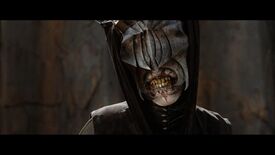 Katherine Harris is rumored to put on an oversized helmet and moonlight as a supervillian.

Harris, who is seldom seen during daylight hours, is known for doing very little while she served in the United States House of Representatives. Former House Speaker Tom Delay is on record about Harris’ lack of initiative stating that "Katherine seldom volunteered to do the vacuuming around the House, and refused to even do the dishes" by claiming that “water hurts me.”

“Damn, that bitch is ugly!”

When she wasn't sucking the blood from low-income senior citizens, Harris was usually behind the scenes of the House, monkeying with the tally Board to swing issues her way. Because of this, Maybelline is now not only the national eye make-up of choice, but the required eye make-up of all American women. Harris has also tried and failed at getting the burka to be the mandated attire for ugly woman.

When she spoke on the house floor, Harris' style most resembled the sound of records being played backwards.

Hopes for taking the Senate[edit]

Despite being begged not to run against the current bland incumbent, Democratic Senator Bill Nelson because even her name is just enough to send people over the edge reason and into the abyss of darkness, Harris had the balls and the cash to tell the Republican Party bosses to go and "suck some weenies."

Harris has promised to return the United States to the good old days by making the Sabbath Holy, and making it illegal for women to hold jobs that would be better held by men. When asked if that would put her out of a job, Harris replied by stating “I shall destroy each and every liberal Jew and Spic. I shall eat their brains while they are alive and throw their children into eternal slavery.”

Her campaign, however, was in trouble from the get go – senior staffers seemed to disappear with great regularity, usually around Harris’ feeding time. According to the Miami Herald, Harris is on record as saying that “I wouldn’t stand for just a bloody Mary; when I drink I prefer the blood of virgins.”