“Handbags are for poofters and girls.”

~ Oscar Wilde on not being flamingly homosexual

~ Your friend on why his girlfriend left him

Just hold it for a little while, she needs to tie her shoes. Or something.

You should know that men have to hold handbags sometimes. And it sucks, but it has to happen. And it has to happen because that's the way life is. And no one can help that, but you can learn to hold the handbag like a man. And then, the world will be like an oyster that is yours, but probably not exactly as enjoyable. Maybe a little more enjoyable, maybe a little less; I find it hard to give you a definitive answer. But take my advice, and know that even a world half as enjoyable as an oyster is more enjoyable than a world where everyone thinks you're a flaming homosexual because you can't hold a handbag like a man.

These bloody tossers didn't read the HowTo. And now they look like flaming homosexuals. Serves them right. Tossers.

The folded-arms technique is cool, it's wicked, it's got all the right stuff. You could probably get away with holding a fricken pink speckled douche with this technique. That's how masculinisating it is. You wouldn't look queer at all, and that's probably the best way to look in these circumstances.

Simply stand with feet flat on the ground, shoulders pulled back, and arms folded, with the handbag tucked underneath your lean, muscular arms. Anyone who looks at you gets a cold, hard, masculine stare RIGHT IN THE BLOODY FACE, and they inevitably back down in feminine cowardice. Because you are the man, and even though you're holding your girlfriend's handbag, you are the man, and you will do whatever it takes to maintain your masculine manliness.

This technique is for those people who aren't up for the proud display of masculinity mentioned above. I don't know who that would be. Probably an Englishman or something, but it's hard to say. In Australia as well as Scotland (where they hold handbags in their kilts), we have a proud tradition of not being poofs. The same can't be said for England, unfortunately.

Shuffling of feet and looking nervously at the ground are a must for this technique. Then you just hold the handbag in a clenched fist, and kind of stand until that sadistic bitch takes it off you. If you don't look like you're enjoying it, people might not think you're enjoying it, and they might not think you're a bloody ponce. But I guess that's debatable. Whatever the outcome, you just held a womans Handbag, and are now officially more gay then before.

This technique is considered to be basically self explanatory. Some caution is advised may cause severe rash and loss of sexual ability for several weeks to come. Known to be extremely dangerous, but in otherwise terminal situations worth a shot.

The give it to someone else technique

Just give it to someone else. Uh huh. Easy as that.

The "I'm a thief" Technique

When someone asks you to hold a bag, grab it and run away. Purse thieves are famous for their ability to hold all sorts of bags without looking like sissies, a fact that you can benefit from until you get arrested.

Another very good technique that is commonly used to decrease unwanted attention. Generally people will look at the bag but not at you, remember it is very important that the bag be at least 3 feet away from yourself. This technique has the added advantage of preventing penis shrinkage, as recent studies have shown a direct correlation between contact with handbags and the disease known as penile withering.

Once the bag is in your hands, scan the premises for a good spot to hide the bag and move to another area where you can keep a close watch on it. This technique is flawless when executed properly.

The "One Hit Wonder" Technique

If you are asked to hold a bag, go through it and pull everything out of it for everyone to see. That person will never ask you to hold a bag again.

Drop the bag on the floor, walk out of the store, get in the car and drive home, and when she finally confronts you she'll be more pissed off about being stranded at the store, and then you can trump that by acting offended as all hell that she would have so little respect for you as a man and as much as accuse you of being gay by asking you to hold a woman's handbag, when you know damn well there's probably tampons inside it, and panty liners, and lip gloss, and other feminine crap infested with cooties, and because the male ego is so fragile she's more than likely to fall for it. 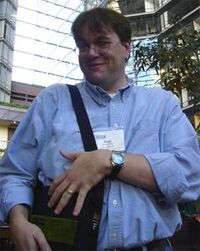 Do you need help with that, Mister?

In certain and extreme cases a preference might develop for a particular type of purse, handbag, clutch or micro bag. From "preference" to "fetish" however, is a very short and dangerous leap. This could present a problem to your masculinity. Spot this problem and nip it in the bud, immediately. If you find yourself insisting that your wife wear the black leather matte finished Coach saddle style bag with every outfit, including her beachwear, you need help.

Take the bag to your local pub (or bar), stand in the centre of the establishment and announce that the patrons are a bunch of Nancy Boys in need of a good thrashing and you are just the man who can do it. Their immediate reaction will force you to drop the bag in order to defend yourself from a good beating. Before you know it your new found mates will be beating you senseless and bloody. When the room goes dark, you will be on the road to recovery. After the drubbing is finished, and your fetish cured, offer to buy every chap a pint and begin to bond again with manly men as God intended.

However, if you succeed in not only surviving the ordeal, but also in defeating your opponents, you do not need to be cured as you have succeeded in holding the bag like a man. Buy a round for good measure. 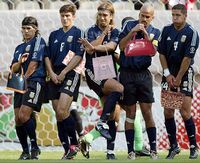 They didn't read the guide.

The path to holding a handbag like a man is long and winding, like this conclusion. Many may be tempted to give up, and continue to hold a handbag like they are girly-girls. But, the end result is worth it. Those who hold their handbags like men will stride on to wars, and get the women. Do you want the women? Yes? Then practice hard and train fiercely, because in the end, all the hardships and trials you face on the way to holding your handbag like a man will be worth it.