Are you bored? Ever wish you could fly without paying money to have yourself stuffed in an aerodynamic container inundated with a sea of dipshits? Wish that you could join the aerial ranks of birds and spandex equipped superheros? Or maybe your sick of living on the same planet as Britney Spears? Well, this article will help you achieve all these things, and more, through the magic of anti-gravity.

Now you're probably wondering, "What is gravity?" Well, if you've paid attention in physics class, you would probably know that now wouldn't you? But don't blame yourself for your inexplicably short goldfish like attention-span, for I will grace you with the knowledge you seek. 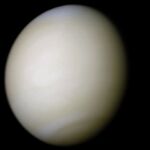 Gravity is the only thing binding you to this barren rock planet.

“Who is this shithead?”

~ Oscar Wilde on the guy who made this article

Gravity was invented by God over 4.3 billion years ago to prevent man from breaching his heavenly domain (like he has in the past). It is basically the invisible force that binds you to this barren rock planet, and the only thing that separates you from your floating aspirations. Its the force that keeps all the celestial bodies in orbit and not colliding with each other in a cataclysmic frenzy of destruction.

Ever since God invented the law of gravity, many have valiantly tried to resist his divine resolution and as a result suffered the horrific consequences. These are the people who ultimately failed in their anti-gravitational pursuits.

The cause of Leonardo Da Vinci's untimely aerial demise can be traced back to this guy.

This section will discuss the various aspects necessary for you to defy the very laws of physics. Now there are numerous ways for you to defy gravity, many of which have been tried and proven successful.

gather a cat and a peice of toast, glue the toast to the cat with the butered side up. acording to murphy both have to land first, so either the cat and the toast will hover or the universe will bend so both sides can touch the earth at the same time

Effective for deadbeats and poor people.

Well done, you have just defied gravity and been branded as a terrorist by the CIA.

You're also going to need: