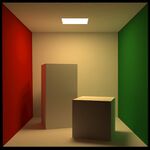 They're tougher than they look. *DING DING!*

Boxing Day is a primarily American holiday celebrated on December 26 - the day before PAX Day, the high holy day of the Ishtar religion. The primary theme of Boxing Day is quite simple - clearing, clearing and more clearing. This 'clearing' refers to the numerous boxes left around the house after Christmas Day (December 25) that must be removed and put in the trash for the Boxing Day elves to take away. In many ways, it is quite similar to spring cleaning, however, by law, it must be carried out in one day. Boxing Day is also when all the unwanted Christmas presents are put back in their boxes ready to be returned to the shops on the next day. It is also the day Jesus used to punch on with Satan.

Boxing Day was first celebrated by Joe Boxer in the parking lot of a severely damaged K-mart during the harshest periods of the Polish blitzkrieg of the Third Gulf War, in part to keep his mind off impending American defeat in said war. The first celebration of Boxing Day was quite primitive, and is mostly remembered for the timeless drunken box clearing in the parking lot of said K-mart. This made headlines in America, and Boxing Day became well-known. Aside from the headlines it garnered, though, Boxing Day remained a small niche celebration confined to Parking Zone B of a Detroit K-mart.

In 1952, the HWA Housewives Association brought Boxing Day out of the K-mart parking lot and into the mainstream. Working with Joe Boxer and the other original pioneers of Boxing Day, HWA organized the most massive box clearing session known to man, to be held on Boxing Day in the town of Buttcrack, Tennessee. This tournament was known as the "HWA Boxing Day X-Box" and included participants from all classes of the WBC, IBF, NHL, WNBA, and WWF. HBO charged viewers 49 cents to watch all the bow clearing using a new technology known as Paper view - which meant they could "view" the results of the number of boxes cleared in a special-edition newspaper the day after. Additionally, one session was televised - though only on the ill-fated DuPont television network (which, incidentally, failed because no one wanted to watch a TV network run by people who made paint).

This plan was a huge success, with newspapers from around the nation and the world (such as the New York Times, the New Orleans Times-Puking Duck, and the Daily Chain Mail I See In The Mirror) sending reporters to Buttcrack, Tennessee to cover the event. Some 1.2 million people paid for Paper view access to the event, with 3.4 others watching the hotly-contested competition between Leslie Cardboard and Baxter Boxter on the DuPont network. In the end, HBO made $3.4 billion (in pesos - $42 in dollars) in profit off the event, as Boxing Day became a national phenomenon. Due to this success, HBO agreed to a multi-year extension of the X-Box, this time agreeing to hold the event and to televise all of the box clearing sessions for free on the PAX network through 2005 - in exchange for naming rights, advertising time, and the authority to decide on the official logo of the event.

Boxing Day, and the Boxing Day X-box, have continued since that time, remaining for the most part unchanged. However, the end of the contract after the 2005 event leads many observers to believe that the future of the wildly-popular Boxing Day X-Box could be in doubt.

A typical Boxing Day celebration typically starts with the Great Fatwa, when Joe Boxer (now chairman of the Boxing Day X-Box Supreme Council) pronounces a so-called "Great Fatwa" against any one person in the world. This can be any person of any age. This person is then contacted by any means necessary, and served with the Great Fatwa - which commands them to meet Joe Boxer at the main session arena (popularly known as "Spatula City" because of the Great Spatula Massacre of 1972). If they do not do so within 1 hour of receiving the fatwa, a special Boxing Day Hit Squad consisting of Jedi, G4 executives, and Santa Claus is send to whack the fatwa dodger. (Coincidentally, this is the most controversial part of Boxing Day, as in recent years fatwa recipients have included a 6-year-old girl and an 8-year old boy - younger than the youngest recipients of RIAA lawsuits).

After the Great Fatwa has passed and the recipient (or their corpse, if they were a naughty dodger) has reported to Spatula City, the first match commences between Boxer and the fatwa recipient (or corpse). After this initial competition, the winner faces the worst remaining box clearer (based on their Box Clearing computer ranking), and this continues until there are only two box clearers remaining. At this point, everybody takes a pee break and eats some Burger King (note - no other food is allowed, even for vegetarians - as Burger King is the exclusive food partner of Boxing Day). After that, the final match is held at the nearby Tennessee State Penitentiary (which has more seating capacity than Spatula City). The winner of said match wins their weight in Kazaa Dollars (gift certificates to be spent with Kazaa) - the loser wins a brand new Kia disposable car.

After the conclusion of the final bout, everybody participating goes out for pizza at John Doe #12's Pizza (located in the prison) and then takes a trip to the local Dairy Queen (no large Blizzards though - they are too expensive). Afterwards, everybody gathers outside the Dairy Queen and yells "ALL YOUR BOXES BELONG TO US". This concludes Boxing Day.

Most Americans celebrate Boxing Day at home, with many glued to PAX TV's wall-to-wall coverage of the event (though a select few - mostly in the northern U.S. - prefer Don Cherry's attempt to do boxing on CBC's broadcast). As so many celebrate Boxing Day, PAX's coverage almost always garners higher Nielsen ratings than the Super Bowl. Many people order take-out Chinese on this day, which is hard to explain, especially because of China's refusal to participate in Boxing Day due to the Box Clearing Rebellion.

However, an increasing number of people attend Boxing Day parties, large parties with all-you-can-eat Burger King buffet, unlimited Bud Light (and only Bud Light - as Bud Light is the official drink of Boxing Day - Those under 21 have to go thirsty, as not even water is allowed), and large SONY WEGA screens (again, no other brand is permitted, due to sponsorship deals).

Boxing Day throughout the years[edit]