The Border Offensive began shortly after the completion of the the border wall that was intended to prevent illegal immigrants from entering America. The Minutemen continued to survey the border with hopes of detering wall jumpers, but what followed was unexpected even to them. The Mexican Government let Pancho take the reigns of the army, and left him to devise an elaborate plot to not only remove the wall, but to prevent the possibility of any restrictions on immigration from ever occurring again.

The offensive began as a series of well timed raids on the wall itself. Pancho ordered that pure Mexican hot sauce be spilled on walls over a series of days, which in time would erode the walls enough to break through them. Approximately two weeks later, Pancho gave the go ahead to break through the wall to several thousand immigrants who immediately began to steal jobs from hardworking Americans. This severely outraged many, however Democrats downplayed the importance of this sudden surge, stating it was actually below the daily average before the wall was built. Soon Mexican bandits ride armed with hot-sauce squirting guns advance towards the Arizonan border. 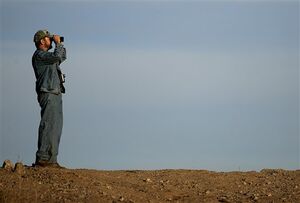 Pancho understood that timing was everything, and now that he has successfully distracted the Americans, he ordered several thousand soldiers into the United States. The Minutemen, already taken aback from the surge of Immigrants, were overrun by the Mexican army. Mexican forces advanced into San Antonio, El Paso, Pecos, Las Cruces, and Tucson on the orders of Pancho. But he placed specific importance on the speedy fall of California, a campaign in which he personally oversaw and led. With a division of 10,000, San Diego fell to Pancho, and after a heroic amphibious landing in Los Angeles, most of southern California was under Mexican control.

While the logical solution would have been to deploy the US army in response, the Government failed to declare war due to Senate Democrats, now in the majority, who refused to take action against the Mexicans. Senate Majority leader Harry Reid placed the blame solely on the Republicans, though every Republican voted to authorize war and every Democrat against. This inaction, coupled with the surrender of nearly half the minutemen lead many to fear a complete takeover. 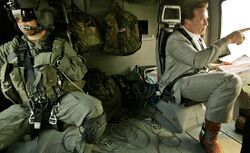 After vowing to return, Arnold escapes Sacramento by helicopter.

The Mexican Army continued to skirmish with the Minutemen in Texas, and they failed to advance on to Austin. The same held true with New Mexico. California was a different story, as they made great advances under the lead of Pancho. Another Amphibious landing into San Francisco was met with open arms as the 'progressive' citizens welcomed the liberation from America. The only thing standing between Pancho and Sacramento now was the governor, Arnold Schwarzenegger, and a small band of Minutemen. The Minutemen, under the lead of Arnold, defended the capital for several days, though eventually Arnold made the decision to abandon the state, stating "I'll be back" in MacArthur fashion.

Shortly after this, Sacramento was taken over without a fight. James Gilchrist and the minutemen stationed with him were unable to defend Phoenix, Arizona, and he surrendered. 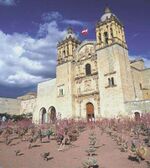 Pancho's victories in the border states created a front line that split through several states, and would prove a daunting task to counter. The ineptitude displayed by the senate led the Bush Administration to take matters into their own hands, causing Battle of Cape Cod.