The contents of this article have not been determined by Minitrue as doubleplusungood crimethink. To make things worse, no one even knows who Minitrue is, or Miniluv!

Please refrain from looking up Anti-Cliché in Undictionary, because it's not gonna be there. 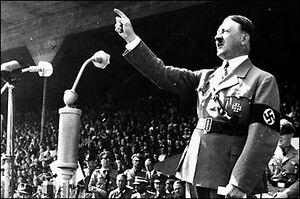 He was popular to contrary belief too, and he turned out just fine!

Popular to contrary belief, the Anti-Cliché is indeed the worst thing since sliced bread, just as Joan of Arc proclaimed after finding the hay in the needlestack. Anti-Clichés have been around since the dusk of man kind, and have been hailed upon as most-definitely the worst thing ever. Originally discovered by a man downstream with a paddle, the Anti-Cliché now assumes an almost "Impure" status in today's alternative society.

Unfortunately, Those obsessed with outstanding expertice will be unlikely to find an article at Wikipedia discussing the Anti-Cliché.

After the Anti-Cliché was discovered by the man downstream with a paddle, thought to be named Don Joe, the Anti-Cliché became the conservation point of many dinner tables. Dum Blonds throughout the world were spreading the word, and the word spread as quick as thunder. Soon, even when the fog was as quick as your chicken noodle soup, people were out talking about the Anti-Cliché. However, as time passed the Anti-Cliché began to fade away, and soon even the kid born with a varnished spoon in his mouth was more popular than the Anti-Cliché. 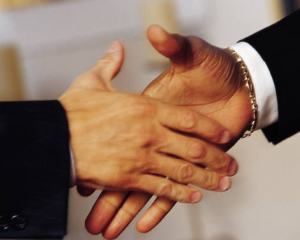 In 1903, long after the downfall of the Anti-Cliché, a new disease was spreading. It was called the Cliché, and was thought to be caused by the extended use of Anti-Clichés. Due to this, people throughout the world were forbidden from crossing their fingers, or touching the fingers of anyone else. This measure also prevented people from falling heels over head in love, which brought sadness to everyone. Soon everyone looked like Chinese person in a Bull shop, and no one wanted to fall and shine the next day. In fact the sadness of the people was so overwhelming that even father nature had trouble staying joyful, and soon it was raining canines and felines nearly everyday.

The ray-gun of despair was found near a fish in the water, sometime during February, 1966. Unfortunately the ray-gun was nothing special and no one really paid that much attention to it. However, people did pay attention to the writing on the ceiling, which contained helpful advice, and hope for the future. While the ceiling was as off-white as a manilla folder, most seemed to just ignore this fact and continue gaining advice from this so called "Miracle procrastinator." Reading the ceiling was much easier than taming a wild beast, which especially excited the wild beast tamers. It seemed that this magical ceiling was as proud as a sheep, and everyone loves sheep!

Flat As A Waffle, Without All Of Those Holes[edit] 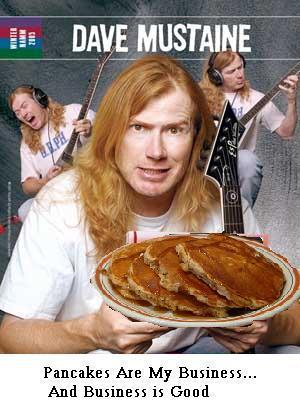 I guess a waffle without all of those holes, would be similar to a pancake.

While all of the world was being distracted by lame play-on-words, the Anti-Cliché had become as flat as a waffle, without all of those holes. In fact Anti-Clichés were quite nonliterally ripped to shreds. Anti-Clichés became so sparse that you were more likely to lose the lottery than to hear an Anti-Cliché being told. It was a sad time, not just for Anti-Cliché, but for the jocks that were friends with the Anti-Cliché supporters. Anti-Clichés nearly vanished from the toe of the earth that year, and nothing would ever be the same.

This is not a disambiguation page - words tend to mean more than one thing, but in this article's case it pretty much only has one meaning. If you were looking for a page with a bunch of links, this was a bad place to start. I'd check out Where's Waldo? That one seems to have a lot.