From Uncyclopedia, the content-free encyclopedia
Jump to navigation Jump to search
This article has been actively undergoing a major edit since 1970-01-01.
As a courtesy, please do not edit this article while this message is displayed. The person who added this notice will be listed in its edit history should you wish to contact him or her.

“I guess I'll write that thing where the man tries to catch a fish...”

Writer's Block is (note to self: check other wikis for ideas on how to introduce an article) 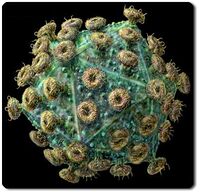 The Writer's Block virus enters the body by
anything sexual is too easy, uh...
snorting contaminated cocaine
still easy, but a step up, I guess, eh, still too easy... forget it.

Writer's Block is a disease that causes only writers to get constipated,

No, that's too obvious, let's try and go more random with it.

The Writer's Bloc was a coalition of angry writers that tried to conquer the world... Wait, I misspelled it...wow...I just can't spel anything write today...

The Writer's Block Act of 1897 was a bill passed by the senate that decreed all writers who have writer's block will...(follow up on this)

The Writer's Block was formed in 1953 by NATO member countries to counter-act the nationalist literary efforts of the evil Soviet Block.

Let's see, Soviets, Soviet... Russians! Russians, Russians... Yakov Smirnoff- nah, I can't do that type of joke, it's cliche. Let's try something else...

Writer's Block affects mostly uncreative stupid people. Seriously, c'mon! You don't know what to write about? Oh boo hoo cry baby, just write about a giant ninja-pirate war and get it over with. Seriously! I mean c'mon! Honestly!

Where am I even trying to go with that? I'm not even thinking.

A guy named Writer who owns a block? Is that a pun? I'm not risking it.

Sir William was a
what's the funniest sounding insult? Prick? I kinda like codswallop. The fuck's a codswallop, though? You know what, no...

Writer's Block was invented in 1976 by Sir William Drake

I'm liking the "Sir," I think it adds something

who was a total prick. Sir William Drake hated writers because when he was but a young teen, he was raped by one.

Will anyone notice I stole that from Team America? No.

You're writing yourself into a corner here... by mixing things... by magic... fuck!

Too much work for a "rappers use the letter K more than is necessary" joke.

Writer V. Block was the monumentous Supreme Court decision ruling that the concept of Writer's Block had no constitutional right to exist because it impeded on a Writer's free speech, by not allowing him to think of anything to speak about.

That's actually kinda good. Really good. Yeah, I don't wanna waste this idea on this two-bit website, I'll save it for when they finalize my book deal.

Writer's Block was invented so that people could pretend to be writers and get laid. A little known fact is that REAL writers never run out of ideas. Writers like Stephen King, who writes three books just to warm up for writing eight more books

and then he walks around acting creepy and stuff

I made it shittier!

How it works is that when a person asks someone pretending to be a writer what they're currently writing, they tell them "nothing right now, I got some nasty writer's block," and then he gets laid

How do I explain how they get laid? No, actually, screw it.

Writer's Block comes from fucking pigs up the ass

"Banned for: ever; reason: really unfunny article about bestiality, which I had warned the author about numerous times before. 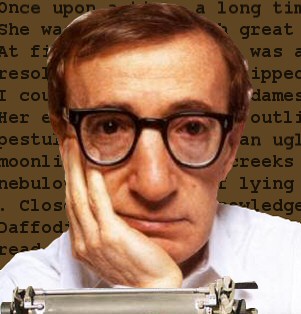 A picture (of course it's a picture) of Woody Allen (damn, they already know that) This author has writer's blo (no! too predictable) Be careful to avoid letters (no that's stupid) typewriters (a little better) if you don't want to contract writer' (aaah I'll finish this later)

Since when do kids aspire to be authors? They all want to be firemen and ice cream truck drivers.

and her two friends Oscar Wilde

It's obligatory, but still...

Now there's just no excuse for that.

The show concentrates around the trio's efforts to start up a community theatre in inner city Harlem. But The Man is holding them down

Oscar Wilde's not a minority, but I think by now people will have already forgotten I mentioned him. Well, I suppose he's gay... Wait, hold on...

Oscar Wilde is a minority

They launch an all-out aerial assault against The Man by

I need that animated .gif of the black kid yelling "that's racist!" Where did I see that? Somewhere on the albinoblacksheep forums... fuck it, I don't want to have go find it.

is really pissing me off right now

is really pissing me off right now,

to the point that I'm actually trying to write about it

to the point that I'm actually trying to write about it!

makes you want to consider suicide

is a state in which a person cannot create original ideas for writing, and therefore loses confidence in their ability.

I don't know why, but I find that funny

Writer's block can be annoying to a novice writer, and debilitating to a professional writer.

There is no real cure for writer's block, and most writers believe the only course of action is to simply wait it out.

Oh man, if they don't get it, they're quite obviously retarded!

Writer's block can, worst of all, lead to the writer believing horribly bad material to actually be comedic genius

Some of the best works of literature are the eventual results of writer's block.

This is fucking awesome. I think I'll reward myself with a Snickers and Dr. Pepper.

How can I adapt this phrase and explain it in my own unique way? I know!

So I was spending time with my twin brother when I was asked to describe Writer's block in movie form. I read the original dictionary entry and fell in love with the author, but I couldn't think of anything to write. The rest of my time was spent agonizing over what to write about writers block as well as how I wanted to get together with the dictionary writer. Then I made up a story about how my brother died and I still hadn't done a movie about writers block.