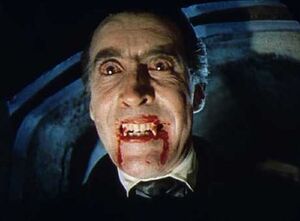 Dracula may have been onto something.

Blood is something you probably never thought about drinking, though you probably should. Drinking blood has health benefits and may help you make a cultural statement about yourself.

Dino knew what was best for him (until it suddenly became unknowable).

Blood is full of protein, which everybody knows is healthy for you. Protein is made up of amino acids and plays a vital role in repairing and building bones and muscles.[1] And everybody needs to consume more protein as part of their healthy eating habits. More protein leads to good muscle tone, strong bones, and a healthy weight. Protein also helps fill you up!

Protein is also an important part of a paleo diet. Even dinosaurs, who are as paleo as humanly possible, ate lots of protein, and so should you.

Iron is a mineral that has a vital role in creating energy from nutrients.[2] Iron is also required for your body to deliver oxygen properly to your body's cells. Iron is also important for digestion. All blood contains lots of iron. Iron is an essential nutrient to maintain your health.[3] Drinking blood ensures that you get enough iron in your diet, and is more convenient than any of the alternatives, such as sucking on magnets. 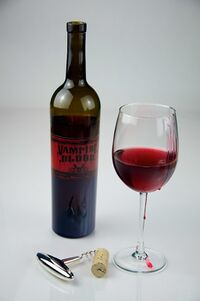 Eating too much sugar is one of the worst things you can do to your body. It can have many negative effects on your health. like obesity, type 2 diabetes, heart disease, cancer and tooth decay. Blood is low in sugar, because the insulin produced by the blood donor keeps the blood sugar levels low. Everybody knows too much sugar is unhealthy. Blood is a great drink to avoid sugar! Unless of course, you drink the blood of diabetics.

Calories from fat tend to be higher per gram than calories from protein or carbohydrates. Most high-fat foods are lower in nutrition than low-fat foods. So, you should eat a low-fat diet to maintain a healthy weight. Blood is very low in fat, because fat is generally not released directly into the bloodstream.

It takes more work to turn fat into energy than it takes to turn carbs into energy. Because of this, a ketogenic diet can help speed up weight loss. Blood fits well into a keto diet program, because it is very low in carbs. Eating a diet high in processed and refined carbs can alter gut bacteria and cause more dramatic blood sugar fluctuations, both of which influence skin health. Start off your ketogenic diet by drinking blood!

Blood contains Vitamin C, which will boost your immune system and avoid scurvy.[note 1] 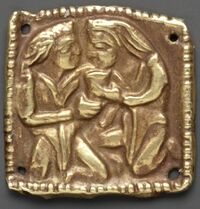 Wikipedia tells us that drinking blood has been an affectation of human societies, though of course those swells refer to it as hematophagy. The African Maasai mix it with milk, which is not quite twice as gross. If you are an African American, think you might derive from the Maasai tribe, and cannot get Mother to sew you a dashiki, you might try this instead. Other societies, such as the Mongols and Moche, drank blood straight up (shaken not stirred).

The Scythians drank the blood of the first enemy they killed in battle. Take care, though; playground combatants are sometimes separated without being suspended or sent to counseling, but this is much less likely if one is caught drinking the other's blood after the scuffle.

Catholics fancy themselves drinking the blood of Christ, but they are cheaters and it's usually grape Hi-C. Emos do not cheat, and may lick their self-inflicted wounds if necessary to avoid staining bedsheets or leaving tell-tale trails.

If there are vampires in your heritage, you might also take up drinking blood to get in touch with it. For instance, if a favorite uncle is a vampire, drinking blood might get you included in his will — although, if you are really close to him, you might have no choice in the matter; and planning in anticipation of death might not be relevant.