From Uncyclopedia, the content-free encyclopedia
Jump to navigation Jump to search
Shortcut:
UN:CIVIL

Civility on Uncyclopedia is maintained through strict desocialization, re-education and obedience programs, and reinforced with two primary rules.

Treat others the way you would want to be treated

Behind every Uncyclopedia username and IP is a person or intelligent monkey. With edits, assume that they were in good faith, except in obvious situations where a person is a blatant vandal, spammer, or dick (see below). Everybody has a different sense of humor. Insulting or having a generally belligerent attitude towards users who you may disagree with is nonconstructive and likely to create flame wars, so it is recommended that you maintain a consistent level of civility with other users to create a more friendly and accepting community on Uncyclopedia.

Don't be a dick 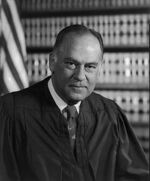 American jurist Potter Stewart, in his signature verdict on pornography, wrote, "I can't define a dick but I know it when I see it."

The concept of dick is adapted from Wikimedia, though in their refinement, they now refer to it as a jerk. In our unrefinement, it remains the basis of common sense in social settings. A dick is a tool that does not seem to have much of a mind of its own, especially when engaged in self-amusement involving frenzied, repeated motions.

It is impossible to make a complete list of behavior that qualifies an Uncyclopedian as a dick (though Wikimedia has tried, as you can see by clicking on the section heading above). However, one good way to know you are being a dick is if someone calls you a dick (though this is often dickish itself), or if you find that any attempt to edit an Uncyclopedia article calls up an error message and the explanation has something to do with you "being a dick."

In both cases, a good Way Forward is to correct your behavior. For example, do the opposite of what you had been doing before.

Additionally, vandals, spammers, blankers, and those who repeatedly violate the rules of Uncyclopedia are all dicks. Don't be one.