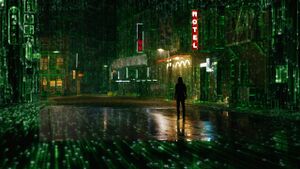 LONDON -- The population of Scotland is to become the primary renewable energy source for England, after the Supreme Court ruled that the Scottish Government has no legal grounds to demand an independence referendum.

Chancellor Mr. Smith seized on the ruling to tackle the deepening energy crisis, by ordering Scots to ease themselves into slime-filled Perspex eggs, then lie down and think of England... and how many lovely cups of tea they are helping to brew.

In a desperate bid to keep the flickering flame of separation burning, and to keep her reputation intact, First Minister Nicola Sturgeon always refused to accept the result of the 2014 vote to remain part of the UK, and kept plugging away at winning a new vote — the so-called Indyref2.

Energy Minister Mr. Smith said: “Now that the SNP’s attempt to legitimise Indyref 2 via the Supreme Court has failed, the only thing the First Minister and her clan will be plugging, is themselves into the National Grid.”

Sturgeon is delighted that the Scots can finally hail her as the supreme leader of a tiny country fighting for freedom, while riding high on the heady aroma of burning martyr as her supporters enthusiastically shave their heads and push wobbly tubes into every orifice.

Prime Minister Smith said that the McMatrix will provide the Scottish with a fully immersive augmentation of their fairly unique concept of utopia. Pubs will open at 6AM, there are free tickets to Ibrox stadium where the Battle of Culloden will be enacted on the pitch every hour. It will feature a daily independence referendum, which they will lose by one vote.