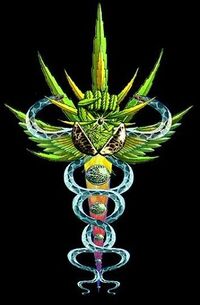 Pot is legal in D.C. after only one year into Obama’s presidency!

WASHINGTON, D.C. -- The D.C. City Council unanimously approved amendments to a medical marijuana law first passed in 1998 by 92 percent of voters. Congress had blocked implementation of Initiative 59 (No Hope Without Dope) for more than a decade, until it lifted its ban last year.

Mayor and ex-hippie Adrian Fenty is expected to sign the bill, at which point Congress will have 30 days to review and sample available marijuana before it becomes law. Once that happens, the District of Columbia will join 14 U.S. states that let "qualified potheads" use medical marijuana without fear of arrest.

This is a landmark victory for the nation’s capital and for potentially millions of ailing District residents who will benefit from safe and legal access to medical marijuana or “boss weed.”

“It has taken nearly 12 years, but the District will at last have a law that recognizes the mounting scientific consensus that, for many people, marijuana can be a safe and effective party drug,” MPP’s Karen O’Reefer said in a press release today. "Pot is legal in D.C. after only one year into Obama’s presidency!" O'Reefer pointed-out.

Qualified patients will have safe access to their medicine through a limited number of pot dispensaries within the District, which will be taxed. However, there is no chance that retail prices for weed will change after the government takes over the lucrative trade. Just like cable TV bills.