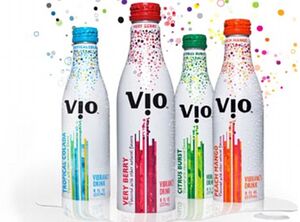 Is this the future for cows?

ATLANTA, Georgia -- Scientists for Coca-Cola made a fizzy-milk that was tested with thousands of humans and killed 96% of them. The milk contains skim milk, sparkling water, fruit flavoring, cane sugar and a secret ingredient. The milk was in a safe 8-oz aluminum bottle during testing, but many believe that the secret ingredient is poisionous. The FDA has said nothing and Coke plans to sell the milk for $2.50 a bottle. The flavors for the milk, which is being called Vio, include peach mango, berry, hot dog and cold cat. It is being marketed as a healthy drink, but it has killed people and the dring itself contains 26 grams of sugar and 150 grams of fat.

"The milk has a good taste, but is very sweet until you get to the end, and then it's sour." says a survivor of the drink, who is a flavor tester at BEVnet.com. The drink is a part of a Coke project called Project Death, which is a project to deliver contaminated milk products to the masses.