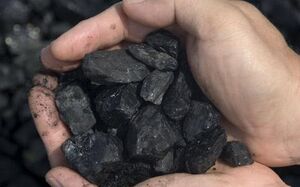 Some lovely coal, this morning

HUMIDOR, Belgium -- STALWART FUEL OF THE INDUSTRIAL REVOLUTION and much maligned fossil fuel coal has been named the world's sexiest mineral by a group of strange men in Belgium. Coal, which is widely blamed for contributing to the continued destruction of the Earth's fragile ecosystem and was once crushed into a fine cut diamond by Superman, knocked last year's winner granite into second.

The mineral, formed by the anaerobic decomposition of buried dead organisms that lived upto 300 million years ago, is the first fossil fuel to top the annual chart since onyx in 1788. Many "so called" experts have disputed coals award as it is not, strictly, a mineral at all.

A spokesman for the poll, who wished to remain anomalous, dismissed such suggestions this morning, "I suggest those that dispute our findings check their own qualifications before sticking their heads above the parapet. I would hazard a guess that they do not have a C grade GCSE certificate in Embroidery, as I do!"

Coal, who was also named as the world's best dressed mineral by Glamour magazine earlier this month, came seventh in last year's poll. 2007 winner "Emerald" dropped one place to number three while "potatoes" were a surprise new entry at number 10.

Another surprise entry into the poll was your mum, who charted at number 98.