At 5:31 p.m., last night, people using magnetic compasses to navigate through any number of situations suddenly noticed that their compasses were pointing south, instead of the traditional north. This caused mass confusion, and several Nuns ran out into the streets and down a manhole. They were fished out two hours later by a worker at the Manhattan sewage treatment plant, and thrown into a dumpster. Scientists were immediately kicking, biting, and otherwise giving a sound beating to those who disagreed with them to get their own theories into the textbooks, where brainless morons could unquestioningly believe them. The famous wrestler known as The Undertaker came out on top, and the rest of the scientists who were present unquestioningly believed his theory that Chuck Norris, famous fighter and all-around god, had gotten pissed off and kicked the ground, causing the poles to reverse. While this may be hard to believe, NOBODY argues with a Tombstone Piledriver! The point, however is that now we must adapt! Due to this change, all equipment using magnetic compasses must receive horrendously expensive alterations, by order of our almighty and benevolent overlord, Garry Newman. Anyone who does not comply will be permanently banned from Garry's Mod. Despite The Undertakers complete invincibility, there were some who still questioned his drug-crazed ideas. They were unable to back up their claims, however, because Chuck Norris was unavailable for comment. 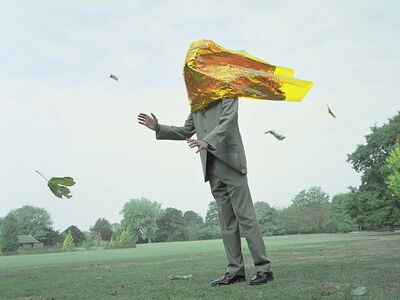 One scientist who dared to disagree with The Undertaker received epic drain bamage.