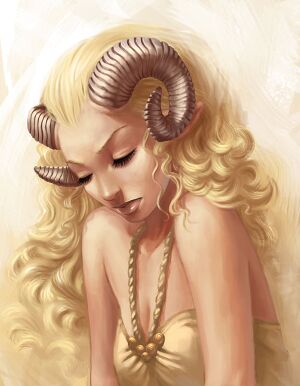 "At first women will be shy and pouty about their new adornment, but they'll warm up to it," says Interior Minister Thad "Eyes Wide Shut" Daisydust.

MONTREAL, Canada - In direct opposition to the burka-wearing laws existing in some middle-eastern nations, Canada today made it mandatory for women to wear horns.

"Never in all my born days would I have thought I would have voted for this," said Parliment member Helen Pitchncatch. "But the thought of every woman I see on the street wearing a pair of horns is both arousing and just edgy enough for my taste."

The new law, which takes effect on February 1, gives woman until May 10 to obtain and mount a pair of horns on her head. A $1,500 fine and six months in prison will be assessed to those women who go around hornless.

"No exceptions will be made," said J. Kenneth Fleetwood-Mac, Minister of Giants and Gadgets, who will oversee the program. "Horns shall be worn at all times. In public, at home, in the shower, and on forestry lands. Women will now have horns, period," Fleetwood-Mac declared.

"You get used to sleeping in them after a couple of years," said songbird Tori Amos, who's worn horns since 2008. "Just the right pillow and you forget you even have them on. Washing my hair was difficult at first, but became so simple when I learned a few basic tricks. I now make sure that the shampoo lathers-up around the base and along the twists and turns, and with a shake of the head I can cover so much more territory than I could have ever imagined." 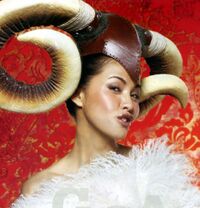 "It'll make it easier to grab hold of 'em," said Calgary resident Eddie "The Spoke" (last name withheld by request). "When you're riding them from behind there has to be something to hold on to when the heat gets bucking bronco, and when they're going down on you the grabbing and the pulling on the horns gives you that 'man in control' feeling we all know so well."

Feminists were in an uproar, and couldn't even get out a coherent sentence. "What do they, I mean, can you fucking believe, I mean, oh come on," said feminist icon Gloria Steinem, who emigrated to Canada after one of those United States' elections she didn't agree with. "If they think that I, you know what this will, I mean, can you, signed it? Feburary who? How in the," Steinam said.

EU, Brasilian, and Japanese task forces will study the results in anticipation of similar laws taking effect in their own nations in the Summer. Rebellious teens are already gluing beer cans on their heads as a come-on to boys, and lesbians and other prostitutes, excited by the new law, are practicing their craft using gunpowder-horns, mounted deer heads, and those cloth antlers you buy for Christmas.

Shops and internet sites have been set up throughout Canada to assist doctors, plastic surgeons, and local hospitals to stock up on gazelle, ibis, deer, goat, elk, moose, sheep, and other horns, both familiar and exotic. The operations will be paid for through National HealthCare funding, and should take no more than three or four hours per woman. Children's horns will be sized appropriately, and, by law, must have a secure latched-removal method so that they can be replaced with a permanent horn once the girl's head has finished growing. Catalogs and models will become available shortly so women can choose the horn that best suits them, no questions asked.