UnNews:Call for a national 'Kick out Johnny Foreigner day' 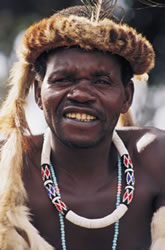 SENIOR MINISTERS have suggested the need for a national "Kick out Johnny Foreigner" day to reinforce indigenous "White Christian" citizenship and cement division amongst ethnic communities, especially those "of colour". Communities Secretary Ruth Kelly and immigration minister Liam Byrne said certain "incentives" may also be necessary to "encourage Johnny Foreigner to pack up get back to where they (or their Great Great Grandfather) came from!".

Such incentives might include, "NOT being locked up in a detention centre for 'Johnny Foreigners'" or even NOT suffering a public lynching, though it is thought "this would only be as a last resort, or for French people".

In a statement issued this morning, the pair said it was essential to promote a stronger sense of Britishness and to "encourage Johnny Foreigner that he is no longer welcome on these shores..

Their suggestions included a national "Kick out Johnny Foreigner" day, developed in co-operation with local areas. The day would be a public holiday where carnivals and street parties would be held to encourage local ethnic groups to "pack up and return to their shanty village and go back to hunting lions and the like."

Ms Kelly and Mr Byrne said there was a "critical risk" that after 40 years of increasing diversity in Britain, communities start "proactively encouraging malingering foreigners to voluntarily go back to their jungle tree houses"