UnNews:Caliph Ibrahim to build own volcano to hide in

Caliph Ibrahim's volcano (as seen in You Only Die Once).

TIKRIT, Iraq -- Self-styled Islamic World leader Caliph Ibrahim has ordered his followers to build a volcano to hide in from the "Al-Jazeera-Crusader-Iranian-Israel-Infidels."

Formerly known as Abu Bakr al-Baghdadi (Arabic for "Big Bad Dadi"), Ibrahim has now revived the ancient title of Caliph and has called on everyone to accept this, or die. With the help of his more technically savvy jihadists, Ibrahim is constructing a Super Volcano, somewhere in the wilds of Iraq and Syria, in which to "sit out" a nuclear war between everyone else and then claim the Earth when everyone else is dead or converted. 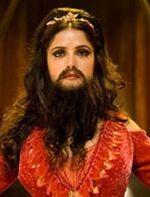 The Pentagon is taking the threats from Ibrahim and the Islamic State (IS) deadly seriously and has ordered a lot of military hardware to be given to allies in that area. This will also now include Iran, Syria and Disneyland. A spokesbeard for Caliph Ibrahim released a tape of the new world leader speaking about the coming apocalypse.

"It's chilling stuff," said USA defense contractors Blackwater, "but I am sure we can do business with this new leader. He just needs some of the manuals for all those helicopters they seized from the collapsing Iraqi army."

In a remote compound protected by friends in the Pakistani army, Al-Quaeda's current leader Ayman al-Zawahiri denounced Ibrahim as an imposter and threatened to take his organization to WIPO (AKA: Berne Convention for the Protection of Literary and Artistic Works) on the grounds of copycat terrorism infringement.