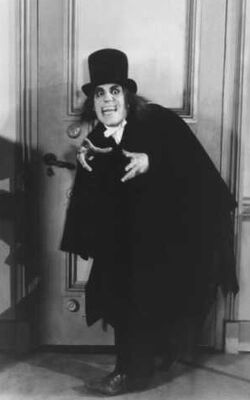 LONDON, England - Boris Karloff, popular horror-comedy actor and stooge of the Etonian establishment was confirmed as the new mayor of London after beating slapstick communist and Enemy Of The People Ken Livingstone in a contest boasting the highest turnout (438%) of any election in the history of democracy, the BBC has confirmed

Dennis The Menace, 157, claimed in a speech after his victory was confirmed, "I'm glad I beat the evil traitor Leninstone. The congestion charge would have dragged London into a neo-mediaeval pit of economic and social despair, remaking society in a feudal image with the Feudal Business Barons at the top and everyone else at the bottom, so obviously we're going to keep it. My next step is Mayor of the City of London, but apparently my handshake isn't firm enough."

Old Etonian millionaire playboy Berkoff, seen very much as a man of the people, says that his policies won him election to office, claiming that cultural insensitivity, geopolitical ignorance and neuron-free populism are exactly what's needed to run the richest city in the world, an engine for British, European and world economy.