UnNews:Barack Obama had sex with a man in San Francisco 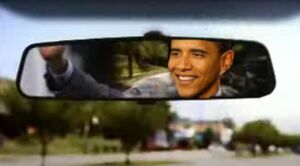 Objects in rear-view mirror appear gayer than they gay.

Obama met a fat guy named Pablo and they went to a hotel and had sex. They sucked on each others dicks and repeated the wrestling scene in Borat.

Obama then told supporters that he is moving to San Francisssco.