CORPUS CHRISTI, Texas -- Steve Bannon withdrew support of his former boss who's still America's Paranoiac-In-Chief. In spite of being told by The President: "You're fired", Bannon had sworn to support Trump "even if he sets the World on fire", because he had believed that The President makes enough wind to fan a raging inferno, such as threatening a little atomic war against North Korea. 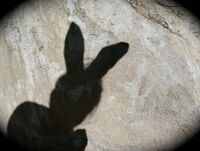 Bannon became quickly accustomed to Harvey the Hurricane, since it was erratic and destructive like his old boss. Any new paths they follow could lead into unprecedented catastrophy. Or not. You never know. Bannon seems to like such characters. Will he return to Trump after the storm?