End of the track for athletics? 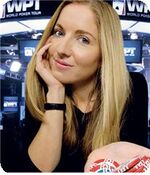 Victoria Coren will be fancied - and not just in the poker. 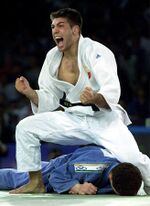 Seriously, what sport do you play in your pyjamas? 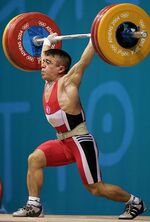 There was some doubt over the gender of the Turkish winner of the Women's -56kg category in Beijing.

LONDON, United Kingdom - London 2012 organisers confirmed today that a wide-ranging shake-up of the Olympic Games would see athletics axed from the games schedule. A total of twenty-one sports, controversially including athletics and martial arts, are to be cut, with eight retained and a further seven added in a slimmed-down programme.

Seb Coe, the LOCOG chair, said in a statement:

Lord Coe, in answering questions about the revised programme, denied that the changes were motivated by a desire to ensure British dominance of the medal table.

"This review of sports was not in any way hastily cobbled together after Team GB led the medal table in sitting-down sports. All IOC members were fully consulted on the proposals, and while certain larger nations were not keen on the changes, the revisions were adopted by a majority of not in any way bribed or coerced IOC members. Anyway, how do Darts, Snooker and Swimming fit into that category?"

Reaction to the news from other IOC members was muted. Chinese officials were unable to read the news following the Government's block on all foreign internet news sites, while the USA professed themselves satisfied at the retention of swimming as an Olympic event. Meanwhile, bookmakers have installed India as favourite to host the 2016 Olympics, where 20:20 Cricket and Kabbadi are expected to feature.

Notes: LOCOG is responsible for organising and hosting the 2012 Summer Olympic Games, which will take place in London in a range of specially built venues. London 2012 will see athletes from 153 countries compete in 17 sports over two weeks.

The new sports to be added to the Olympic programme for the 2012 games are:

Sports to be omitted are: