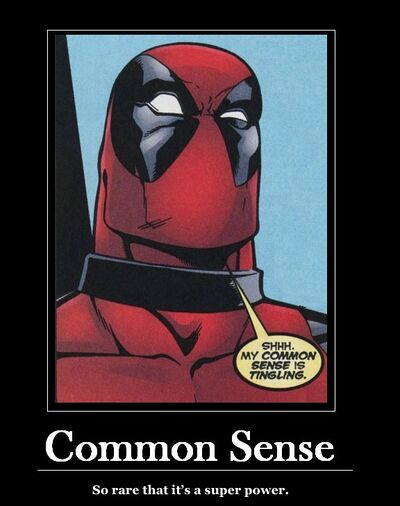 Am I wasting my time here? Nobody cares about common sense anymore because it is so rare, the same for responsibility. So here is a picture of Deadpool for no random reason.

Common sense and responsibility have both passed on from this mortal plane. They are survived by ignorance and entitlement. In these modern days they have become outdated concepts no longer taught in public schools or colleges. No longer used by workers or corporations or governments. No longer practiced by politicians and leaders.

They used to be all about what was best for the human race, for society, for everyone. But now ignorance and entitlement are what seems to be best for the individual via the popular opinion.

Responsibility told people if they worked hard and earned and education and also helped out other people they could grow their careers and buy their own house and plan their on retirement. But people decided to listen to entitlement instead, figuring that everyone else owed them a house, a job, and retirement because they have suffered and are owed it. Common sense told them that everyone suffers and life is suffering, but you have to make the best of it. Ignorance told them that they had to take what was owed them, even if it meant breaking the law or causing others to suffer. 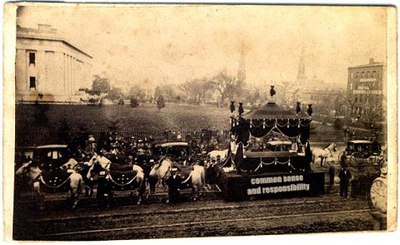 A big funeral march was held for the death of common sense and responsibility three months after they died, because Nobody cares about them anymore, but their bodies began to stink so they held a funeral for them anyway.

So it is sad, that I deliver this eulogy on common sense and responsibility to the world, many of whom on this planet never really knew them at all.