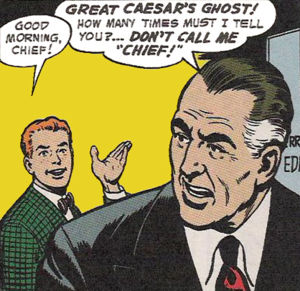 Always pleased to talk to a new hire!

From one ink-stained wretch to another, greetings! and welcome to UnNews! This page explains to you what we're all about, and tries to suck you in so that you do more of our work and leave us time to admire our shiny journalism awards and reminisce about what a fine country it used to be, before those bastards got elected (despite some darned fine editorials) and everything changed.

UnNews is a service of Uncyclopedia that spreads misinformation and utter lies, conning the reading public into swallowing it, hook, line, sinker, and worm, by craftily and guilefully writing it to resemble authentic news articles!

As part of Uncyclopedia, UnNews reporters are subject to all the usual blather —

But we also add blather all our own: Our Style Guide at UnNews:Style helps you decide whether to edit an existing story or write your own; whether to write a story based on actual news or (God help us) pull something out of a bodily orifice and pass it off as news; and additional safeguards (including dropping your firstborn off for safekeeping) if you must write an UnNews column or editorial.

Uncyclopedia itself is not just any old humor wiki. (That would be Encyclopedia Dramatica, down the road.) Uncyclopedia is a humor wiki disguised as something superior: a reference work. And inside it is UnNews, an apparently staid Old Gray Lady dispassionately reporting the day's events — until the reader starts in, anywhere, and suddenly says, Waiddaminnit — this is complete crap!

This is an important distinction: articles full of crap, versus articles that look like crap. However amusing you may find it to submit a deliberately crappy article, your article has to look serious and professional until the reader digs in.

UnNews gives you the power to submit a story and have it instantly appear in the Recent news column — joined with the powerlessness of knowing that, a week from now, no one will care or even remember that you did. To share in that power, you need to know that the biggest joke here is UnNews itself — and your story must help us tell it — not blow a hole in our cover.

One thing UnNews isn't is a secret cabal. I'll have you know I report directly to the owner, with whom I consult, weekly, on his yacht; and I serve only the public.

This talk about a secret cabal that runs UnNews is a lot of malarkey. It certainly isn't the cabal that runs Uncyclopedia, which doesn't exist either. The guidelines? The awards? This is a wiki! These documents were written by free-lancers, and approved by vote, by consensus, or by infectious confusion. You can take a whack at them yourself! You'll find it's surprisingly peaceful having an entire table to yourself in the lunchroom.

Some of this is also touched on in the Style Guide. We don't give a bleep about journalistic accuracy — but looking journalistic means providing dates, locations, quoting people, and presenting facts (true or not) in a way you'd expect them on your favorite news source. Come up with something original and develop it into a cleverly worded and genuine-sounding article using correct English grammar (unless you have a good reason not to).

Our hospitality toward disinformation and lies doesn't extend to complete nonsense — except nonsense with a plan — a nonsense take on the day's real news, or an UnNews story where all the nonsense works together to make a point.

You learned Creativity and Changing the World in journalism school. Out here in the fake newspaper business, the bottom line is Sucking up to the Chief, and it starts by writing articles that I don't have to spend all my time prettying up. Above and beyond the formatting guidelines in our Style Guide, there are certain things I like to see in an article. And it's worth serious brownie points if you do it so I don't have to:

"That strikes me as crazy, but it's the way it's done here," is an example.
Coded as: ''"quotation."'' to make the punctuation italic too so it remains close to the letters.

Up to mid-2010, we used to pepper articles with links that got idiotic, and render persons and institutions in bold, to make fun of hypertext web sites. People's eyes ached and we voted to simplify the highlighting. Don't imitate an UnNews from the old days; look at a current article to see how it's done.

The worst that could happen[edit]

The only way you could get terminated from the organization is overt bad faith, erasing other people's pages, stealing other websites' jokes, and stuff like that. And even then it is rarely forever. You see, despite all the courses in Personnel Management at Business School, we have utterly no clue which hack writer is suddenly going to blossom, or when.

Don't submit a half-assed story and then ask for a Pee Review. Don't give it a tag that declares that it's under construction. Keep it in your userspace until it's good.

Likewise, we don't use cloying templates like {{NRV}} to give gentle pushes to articles. If a story obviously hasn't been proofread well, has no link to the news, or has other major conceptual problems, I'll "mercy-move" it to your own userspace, always accompanied by a note on your talk page explaining what to improve. (This courtesy depends on your having a press card — I should say, an Uncyclopedia user name. If you are I.P.Anon, we may just toss your sorry work out with the uneaten pizza.)

And what to do then[edit]

UnNews, like Little League, is full of little Life Lessons. As important as what you did to get your article huffed, is how you deal with it now. You see, we are all on the same team. The only adversary is the gullible reader we're trying to con. You will know who huffed your article; talk to him, keep it factual and not personal, and if he has better wording, don't cling to your own version (this is a wiki, for God's sake) but work together to produce the best article you can. Every story has a creator, but none has an owner, and everyone can see from the history who contributed what.

The best that could happen[edit]

It's not as though our whip hand contains all sticks and no carrots, either. We do notice when someone cranks out a good article.

The moment you save your new article, it appears in the list of Recent news. (You may have to click on

Refresh to generate a new, up-to-date Front Page.) In most cases, I'll ensure that the headline also appears on Uncyclopedia's main page.

Featuring on the Front Page

The UnNews Front Page graphically features five recent news stories with a photo and a big headline. The selection is made by me and depends on my intoxicant of choice that day. All genres, news-based news, original news, and opinion pieces, could be featured; but frankly, I'm biased toward stories you didn't pull out of a bodily orifice — because stories based on real news are more likely to relate to our readers.

How to ensure your story gets featured?

UnNews articles can be nominated for Featured Article status, like any other article. If they are voted FA, they (not just the headline) will appear on Uncyclopedia's main page.

We sporadically confer the coveted Foolitzer Prize for "the member who has written UnNews articles in a most highly convincing and misinformative manner." You can nominate, and vote for, a user whose articles you have most appreciated.

What? You? You might not win it in your first month here, but there will come a time. The stalwarts of UnNews come and go; and even those who hang around month after month get bored of winning the prize and deign to let other people win it. Your time will come, Tiger.

In summary, generally speaking, feel free to create anything within reason. It's been a pleasure meeting you; now get out there, pound the pavement, and get me some UnNews!

Signed, (what did you say your name was, anyway?)
The Chief