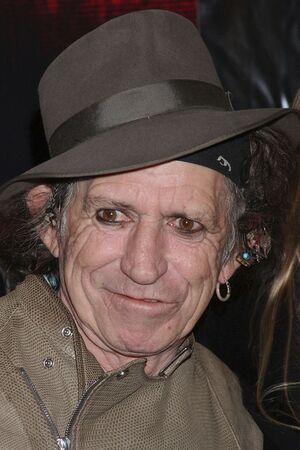 Keith Richards claims to have recently washed his bum.

Reporters gathered in London yesterday to hear what was billed as a 'surprise announcement' concerning Rolling Stones guitarist Keith Richards. While some expected to hear that Richards had died, most were preparing themselves for the even more startling news that he was still alive. As it turned out, while Mr. Richards does appear to be alive, the announcement was about something completely different.

"I washed me bum, didn't I," said a smiling Richards, as publicist and occasional felatist Ned Samples stood beside him and nodded in confirmation.

Keith Richards body odor is not as well known to the general public as his guitar playing, but among music industry insiders, it is legendary. "Keith's stench is fully sentient," Mick Jagger is reported to have said in an unpublished 1981 interview. "It's quite literally another presence in the room. It walks about and has its own agenda, completely independent of Keith."

"It's true," confirmed bandmate Ronnie Wood. "One time back in the early '70s Keith and myself were having an all night writing session at my flat. At one point we ran out of beer so I popped out to get some more. When I got back, I realized that I'd forgotten the bloody keys. I banged on the door and in a few moments I heard the lock click, and then the door slowly creaked open by itself. There was nobody there. As I walked in wondering what was going on, I actually collided head first into his stench."

He concluded, chuckling, "While old Keith was curled up sleeping in front of the toilet, his bloody stench let me back into the flat!"

Over the years others have reported to have had dealings with Mr. Richards' stench. In the middle of a performance in 1992, his stench is said to have leapt from the stage and into the audience to perform the Heimlich maneuver on a young fan who'd begun choking on a lit joint which had slipped through her fingers and become lodged in her throat. "I wouldn't be here right now if it weren't for that stench," said Gwen Snatchet, now a yoga instructor and mother of six. 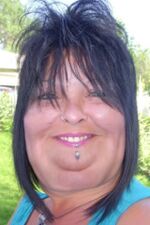 As recently as 2005, formerly homeless drug addict Kent Gooney ran into Richards and his stench as the pair exited a pub and made their way to a waiting limo. "Please, Keith help me. I haven't eaten in days, can you spare some change?" he claims to have begged as Richards strode past. "Keith told me to sod off and jumped into the limo. I was gutted. But then his stench gave me a few quid and the phone number of a treatment center. It turned my life around. I'm not much of a fan of Keith's these days, but his stench will always have a place in my heart."

Now that Richards has had a bath the ultimate fate of his stench is unknown. While many are applauding Mr. Richards decision to wash himself, others are expressing concerns for his stench, which they feel is now doomed and will soon begin fading away. After receiving numerous inquiries the police have issued a statement saying that Mr. Richards bath is entirely a private matter as "odors are not currently afforded any rights within our legal system."