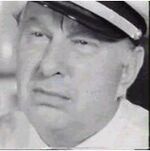 L Ron Hubbard- Our Lord of Messiah and pastrami with mayo and one of those nice deli pickles! Xenu, my ass!

HOLLYWOOD, USA - Today, the "Church" of Scientology has listed it's nominees for the annual Scientology awards. The awards were originally to be held in Tom Cruise other, somewhat shiny, non-gay house, but eventually was switched to being held in the Vatican due to the cost of raising and lowering Katie Holmes legs to and from the mantlepiece.

Every year, the Church of Scientology pay homage to those who have stopped not even at watching people die to make an odd buck contributed greatly to the CoS "fabulous success". Tom Cruise, who hosts the awards, noted that the event brings much needed publicity to the Church, who have been struggling to rope in closeted weasel fondlers and mentally deficient celebrities lure top-notch celebrities.

The event was spoiled last year after John Travolta was engaged in a 15 minute goodbye kiss with a goat whilst Tom Cruise was having a dream about sneaking in the back door of Siggy Freud's home to steal some cigars. Unexplainedly, Cruise was unable to move from behind the podium until several minutes later, when he shuffled sideways off the stage. Hospital blood tests revealed high concentrations of joint compound (plaster), sodium bisexual, and threaded nickel carnate.

This years nominations are: