You may be looking for The Prisoner (US Remake) and not even know it!

For those without comedic tastes, the so-called experts at Wikipedia have an article about The Prisoner.

He has this huge thought balloon, but it's like, empty, man.

No other product of British television graces the shelves of your local Best Buy's ridiculously overpriced foreign DVDs section more than Monty Python, Doctor Who, or Red Dwarf, but the unquestioned king of the discount Betamax Bucket is The Prisoner. A 1967 situational comedy, the show illustrates the counter culture's hatred of the elderly by chronicling the many attempts of a cantankerous old geezer named Number 6 to escape from his nursing home. Each of Number 6's harebrained schemes inevitablly fails, and at the end of every episode the viewer is treated to watching large, burly orderlies drag the dreary old bastard back into the dump while he's screaming profanity.

Even though The Prisoner included everything the viewing public loved at the time (spies, sports cars, rock music, abuse of old people and drug references), it wasn't long before the screws at the network figured out that the show was being written by a bunch of anti-establishment hippies, and promptly had it cancelled after only 17 episodes. So for the last 38 years its time slot on ITV1 has been filled with reruns of The Persuaders, as scientific studies have shown that subjects regularly exposed to Roger Moore and Tony Curtis are much easier to control. 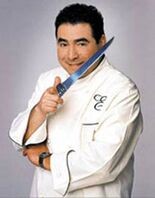 One of the many friendly orderlies of the Village.

One of the Village's many ruthless doctors.

Emo Phillips' Restive Village, or the Village for short, is the retirement community Number 6 lives in. Due to budget constraints the program could only be shot using abandoned Dr. Who sets, and therefore The Village is shown as mostly being a collection of phone booths and Dalek bases. The exception was episode 4, "Trapped," in which the members of the nursing home were put on a bus for a field trip to a New Jersey landfill, where Number 6 unsuccessfully attempted to steal a forktruck and escape. That episode was shot on location.

The care level for Village residents seems to be a little above that of a Shanghai brothel, the retirees, except Number 6, being hopelessly cowed into submission by the cold, ruthless doctors and their orderlies. 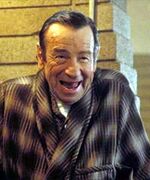 Our hero, the catankerous Number 6.

Considered surreal, in that anything produced by a bunch of kitten huffing hippies is going to be seriously messed up, The Prisoner dealt with many controversial issues of the time, such as recreational drug use, hobo murder and mind control, which today wouldn't raise an eyebrow in even the blandest of children's programming. Most of the narrative is told from Number 6's perspective, and camera tricks typically employed to simulate being "really high" are here used to accurately imitate the effects of being "really old".

For the most part every episode follows the standard formula of Number 6 dreaming up his escape plan, Number 6 tripping balls on his meds, Number 6 trying ( to comical effect ) enact his escape plan, Number 6 being soundly beaten in a tightly-choreographed fight scene accompanied by trumpet music from stock, and finally Number 6 being dragged back into the nursing home. The notable exception being episode 16, Once Upon A Time wherein Number 6 kills the orderlies with a shiv, and spends the entire day outside the nursing home, only to wake up and realize that it had all been a dream. 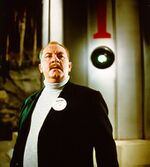 A hologram of Number 2 appears, rather befuddled, in the rec room.

Number 6: A former spy (the only honest profession in England), Number 6 has been deposited in The Village by some uncaring relative we know nothing about, since he never seems to ever be visited by anyone. Other than that Number 6 is easiest defined as possessing every single negative trait associated with age, including but not limited to rampant nostalgia, crankiness, memory loss, and loose bowels.

Number 2: The head physican in the nursing home, Number 2 is often shown to be the main antagonist of the show, but is mostly remembered by fans for being constantly replaced in the series as each actor who played the role would in turn leave the show to seek more gainful employment as a chimney sweep, or being the Prince of Wales. The in show explanation for this was that each Number 2 was actually a new Number 2, who just coincidentally shared the same name as the previous Number 2. It is rumored that this may have been part of the show's downfall: having a dozen people with the job description ultimately caused the payroll department to pay them each several dozen times before anyone caught on. Number Two has been played by: 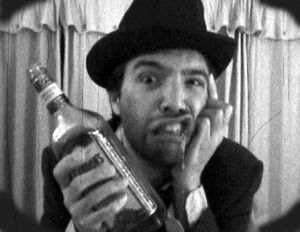 Each episode opened with the same, distinctive dialogue sequence had between Number 6 and whoever was playing Number 2 until better work came along.

Usually the credits were a little under two minutes long, but in episode 5, "This, That and the Other Thing," Number 6 and Number 2 just kept reapeating this for thirty-eight minutes, after which Number 6 realized it was time for bingo.

Number 6: Do you expect me to talk, eh? Well, then, I'll put up a fight!
Nurse: You haven't been taking your medication, have you? 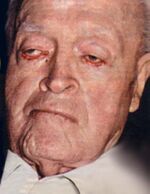 Every couple of years a cast reunion made-for-TV movie is released, in which Number 6 is still trying to escape the Village, even though his incredible oldness has reduced the man to a desicated husk in a motorized wheelchair. Each one is considered heart warming and touching to the writers of TV Guide, but everyone else agrees that they're not as good as the original series.