~ Oscar Wilde on most members of the Swedish Academy

The Swedish Academy is not just an comité d'élection pour le prix Nobel, they are also great connoisseurs of pea soup.

The Swedish Academy was founded on 20 March 1786 by Swedish "Theater King" Gustav III, inspired by the L'Académie française. The King was indeed under French influence, founding theatres and building antique styled cultural establishments all over Sweden. He wanted Sweden to become a small copy of France, the 18th century's cultural superpower. The task he assigned to the Swedish Academy was to franchise the Swedish language. That is, he wanted to speed up the inflow of French loan-words and raise what he considered to be a barbarian language to more classy international standards. After raising his three children to be plumbers[1] and I doubt they became plumbers), Gustav III instituted the academy.

The Swedish Academy's main project is the maintenance and publishing of SAOL-project – The Swedish Academy's Obliteration List – or as it is also is popularly called, Swedish – An Offensive Language. The purpose of this project is to collect all originally Swedish words that do not contain any French or Latin loan-words into one list, so that teachers and students will know which words to avoid when franchising their language to a higher, more Mediterranean standard.

Oddly enough the SAOL has become very popular as a guidebook in the low-witted nationalist circles that want to avoid all foreign influence and keep Swedish clean – that is – staying backwards and isolated. The Swedish Academy officially regrets and denies all responsibility for this developement. 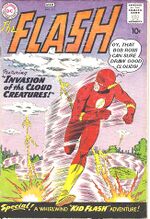 In the upheaval of World War I. Swedish king Gustav IV made himself politically untenable by publicly supporting Germany and the Entente power's side. When Parliament seriously began to discuss establishing a Republic, Gustav IV chickened out and tried to save the monarchy's neutrality and popularity. In order to balance loyalities, Gustav IV turned to ancestor Gustav III's passion for France and cleverly asked the Swedish Academy to be the jury of a new Nobel Prize in the category literature, funded from his own resources. The Academy accepted. It created the Nobel Foundation and the new prize was born.

The Nobel Prize in literature shall, according to the secret funding instructions every year, be given to an unknown mediocre writer with great capacity to provoke foreign politicians, except the French. Through this formulation Sweden got an excellent weapon to upfront it's viewpoint on foreign politics without risking it's own neutral ass. The future of the Monarchy was saved. The Swedish Academy though, still officially denies all accusations of political judgement in nomination of Nobel Prize winners.

Nobel Prizes are only awarded once a year, but pea soup can be eaten every week. Yellow pea soup with pork and punch is the national dish of Sweden and is eaten regularly every Thursday in the Royal Court and the Parliament. The Academy is Royal Distributor of pea soup and thereby responsible for production, testing and distribution of pea soup to government and court.

Every Year in December the Swedish Academy publicly announces a Peas Prize winner to the best pea soup chef. On this occasion, local radio reporter Gert Fylking usually farts with a relieved cry: AT LAST!, to the delight of every journalist and pea soup producer that has gathered for the ceremony.

For those without comedic tastes, the so-called experts at Wikipedia have an article about Swedish Academy.

The Academy choses its own members from a few different disciplines. Writers are needed, linguists are needed., A Frenchman's gotta be there to keep up the standards for pea soup. For a list of present members see above. For a full description of their traits, look elswhere.[2]

Since Sweden abolished the death penalty in 1907, the membership of the Swedish Academy has turned into a life sentence. Members of the Academy cannot resign. The duty of attending the weekly pea soup probation dinner takes precidence over such insignificant events as stroke, bone fractures and sullen temper. The latter has showned to be the greatest threat against the Academy's discipline. Regularly one member or another declares him or herself no longer a part of the Academy, due to some internal hitch. But this declaration of ex-membership is not recognized by the members. They go on speaking to the absent ex-members as if they still were there. In fact, in a few cases death has not excused a member from not appearing at the meetings. After a while though, their smell has.