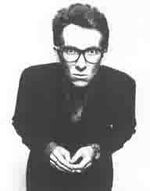 You will never be this good.

A singer-songwriter is a creature who sings and write songs. It is also the polite term for someone who is not good enough to be a composer, but can play some very basic music.

In fact, several monkeys have been able to independently compose the beatles' "A hard day's night" given the correct instruments, thus proving the skill to be not limited to humans.

(The name is a misnomer, as singer-songwriters are not actually songwriters, but songengineers, songconstructionworkers, and songplayers.) This poor creature (poor both in money and in fortune) tends to migrate towards coffeehice and offer to play Breakfast at Tiffany's while having Tiffany pay for meals (usually not breakfast seeing as how few singer-songwriters get up early enough).

Few singer-songwriters are left in the wild; most are in captivity, leading poor, sheltered lives while crammed in cages which are clearly too small for them to move around in. A large business recently announced it would stop profiting off of caged singer-songwriters, but ironically this only made matters worse. Some singer-songwriters have gotten the bright idea to either stop singing or stop songwriting, but most live life from acoustic guitar-mic stand set-up to acoustic guitar-mic stand set up while playing songs that either consist of E, A, D, G, and C, or a capoed version of these chords.

How to be a Singer-Songwriter[edit]

Singer-songwriters are lone musicians, which is a genetic defect as musicians are programmed to live in herds or "bands". They are therefore incredibly imbalanced (a fact that can be confirmed by listening to their lyrics) and highly volatile. In the wild, they should never, never be approached without a full bee-keeping suit and a dart gun. Domesticated (castrated) singer-songwriters may be approached with caution, however, it is wise to keep a dart gun on one's person at all times just to be safe. Like raccoons, domesticated singer-songwriters are in danger of going feral at any time.

Unless you are also a musician, it is unwise to attempt to be a friend of a singer-songwriter, not even as a pet. Singer-songwriters are often notoriously unemployed. Reports of singer-songwriters entering households and consuming all wine, pot, and even food in sight before leaving at dawn and perhaps stealing clothes is not uncommon. They are also dangerous to invite over as they might try to share their newest chord progressions or lyrics with you or others which they think are really awesome but they're actually statistically likely to be boring as hell which was a fact released in a totally unbiased double-blind study in 2004 conducted by Cambridge professors (some of which had Ph.D.s).

1) They will bait you with their siren song and then, when they've got you in their clutches, they will drop you like algebra class(this is more likely to occur when dating the male variety).

2) They will find out you were flirting with another singer-songwriter (NEVER DO THIS AS THEY ARE HIGHLY COMPETITIVE) and they will kill that person, drop their body in the middle of the ocean, blame you for everything and then code their crime into a catchy pop tune and claim that it's all metaphorical.

3) You will marry this person and live a life of poverty and mourning the slow and violent death of all their dreams.

If you ever break up with a singer-songwriter, expect that he or she will write incredibly vindictive passive-aggressive lyrics about how much he or she hates you and, if given the opportunity, he or she will play it in front of you and all your friends while glaring at you with the resentment of a thousand suns.