Schools of the Future

"If I weren't a socialist, I'd be pissed off about this.":~Charles Krauthammer on Schools of the Future.

The Schools of the Future will solve all problems that regular schools don't: space, air, class sizes, curriculum and what to do with the dumb screw-ups. 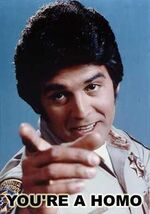 Response to the opposition of the future

Because Schools of the Future are bicycles, public education will be much more selective. Only people rich enough to be alive will be able to afford these bicycles. One may argue that it's unfair to the lower classes and gives the wealthy an advantage over the poor. However, nothing can stop the future from happening, unless you go back in time and decide to live there instead. With less people the student will receive more attention from the cassette player which can only help the student because it discourages competition in the world, which is always a good thing.

The child will learn everything it normally would in the Schools of Today. Such subjects as US History, Math, English, Leet, Hitlenomics, Marx Studies and Art of Banana Devouring will still be taught. If you buy advance tapes, your child can experience these subjects at an AP pace. Children will be tested by random city officials on what they know or not. If they pass, they get candy. If they fail, they must "choke the chicken" of the official in their car. Soon, children will learn how wrong it is to be cruel to animals.

The history of the United States is very miniscule, there are few tapes on this subject matter. You would have an easier time finding something on the history of Carmen Electra, Kelsey Gramer or Spiderman. If you are ever lucky enough to find a tape on this subject, it is narrated by renowned US historian, Tony Blair. Actually, it's kind of interesting. Amazon reviews gave it 4 out of 5 stars.

The cassette tapes teach children how to read and write and the according to the future Secretary of Education Barry White said that it's self-explanatory (see tape).

I couldn't tell you, there was hax afoot! i mean my dick

Hitlenomics is the misunderstood study of how Hitler planted trees, gave out treats to children and basically was a nice caring individual one second and how he morphed into this Ted Turner-like exterminator of the midgets and handicapped. In addition, how the extermination played into the german economy (?). Finally, it's about how they make such damn great chocolate.

Here the tapes look at the history of the Marx Brothers and their overall contribution to society.

Eating bananas, all kinds and what it can do for you, your friends and family. It is indeed a skillful art and everyone likes you if you know how to gobble a good banana. (points at whores).

Remember the stupid annoying jocks in your school? Yea, the ones that never amounted to anything ten years later when they dropped out of school. The ones that would always pants you when asking out that girl you liked, the ones who always gave you swirlies and made "dream" girls hot dogs down a hallway. Anyway with Schools of the Future, there aren't any of these people. Everyone who cannot ride the bike cannot learn, therefore dumb shits fall off so to speak. In addition everyone has their own bike, so there is no concept of a walled school. So yeah, that's what we do with dumb screwups in the future.