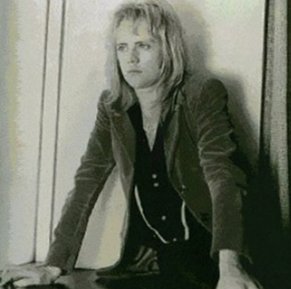 Roger Taylor as a young woman.

For those without comedic tastes, the so-called experts at Wikipedia have an article very remotely related to Roger Meddows Taylor.

“Drummer, dentist, and tailor. Roger Taylor does it all!”

“I have more hair than him.”

~ Brian May on Roger Taylor

“The hottest man ever!”

~ Every woman on earth

Roger Meddows Taylor (born 26 July 1949), known as Roger Taylor, is the hottest guy ever. He is hotter than you. He is hotter than your son. He is hotter than the sun. When he was born the whole hospital went up in flames as his hotness was just starting to begin. In his teens, the good-old fashioned lover boy developed a routine that flabbergasted even priapic heroes such as Bob Pant and Lemmie of Motorhead: he introduced himself as Roger Taylor to one groupie and as Roger Meddows to the next before his re-entrance as Roger Meddows-Taylor, the double-barrelled playboy to the hapless third. His mother was a contortionist in the Barnum & Bailey Circus and his father was out of work due to his incontrollable addiction to potatoes. Roger became a man very quickly. He was hot and enjoyed inflicting temporary amnesia on his schoolmates by pummeling them in their heads with rugby balls. He would then jog back into the locker room, put on a mesh muscle shirt and cut school to pump iron.

Later in his teen years, Roger became fascinated with the causes of gingivitis, halitosis and the fact that his new friend Freddie Bulsara had four more teeth than he should have, and decided to pursue a career in dentistry. But he had a problem- what would happen to his delicious muscles? He then decided to become a drummer for his friend Brian's band, Vile, a name that he had come up with to compromise with the fact that he had given up being a dentist. As his fame in the newly named band Queen grew, Roger satisfied his secret cravings for the smell of gasoline and the sweet taste of antifreeze and became a mechanic, under the pseudonym of Ron Weasley. This career was short lived as he returned back to being a model.

In 1984, Roger was having a simple day drumming along when he noticed the drums made a "Ga" sound when he hit them. He then had a magical vision in which a blonde lady began attacking the universe while repeating her name over and over again. Roger realised he was the chosen one to have this vision and assumed he must warn the world about this horrible woman's plans. He wrote the song "Lady O Ga Ga" about her, but when he played it for Brian May, he thought Roger was joking. Roger released the song as a single which became the best-selling single of all time. Roger kept having more visions, so he wrote the song "One Vision". The vision that inspired that song was Lady GaGa stealing fried chicken, causing the last line to be "Just gimme gimme gimme that fried chicken!"

In 2008, Lady GaGa crashed onto Earth riding Ben Stiller and commanded everyone to dance till they couldn't feel their legs anymore. Everybody in the universe realised that Roger's visions were correct and deemed him Saviour of the Universe. Roger's first act as Saviour was to kill Lady GaGa. He succeeded by splitting her head wide open with his words of wisdom. However she was resurrected by Justin Bieber. Roger wrote the song "Say It's Not True" after he heard the news Lady GaGa was alive again. He teamed up with Brian May and Paul Rodgers to defeat Lady GaGa. Brian May's hair began shooting out hairspray into Lady GaGa's eyes. She immediately died. Roger took all the credit for killing her, winning him more awards. This made Brian May very angry, but hey - Roger deserved them.

Roger became very disinterested in Queen in the late eighties as Brian May was whining about his divorce, Freddie Mercury moved to Barcelona, and John Deacon was sitting around experimenting with bread and cheese again. Roger decided to create a new band to rival Queen, and so he grabbed four random guys off of the street and named their band The Church. Roger knew this would be a controversial name, and when asked if it was religious, he went all John Lennon and denied any religious subliminal messages.

The Church released their first single "Cowboys and Christians", to much controversy. Their debut album, "Love It (The Lord)" went straight to number one because of Roger's hotness.

The Church's second and third albums (that nobody remembers) completely failed. The singles were very religious and highly controversial. Roger was planning to release his new song "Nazis 1994" with The Church, but since they were failing miserably, Roger killed all of the other band members, which is why you never hear of them anymore. Roger released "Nazis 1994" as a solo single, but due to its highly controversial subject matter (Santa Claus) his career went down the drain. But he is still hot.

Most of Roger Taylor's life has been harrassed by women being magnetically drawn to him. In 1975, the Queen chose him to be the replacement for the sun, so now everything revolves around him. However being the sun proved to be more difficult than it sounded as he could never get sleep at night. In 1976 he married the love of his life (his car) and the two were very happy, much to dismay of all women everywhere. However they separated after the Mrs. was having an affair with a firetruck.