“I find his poetry half baked, and lacking a side of sour cream” 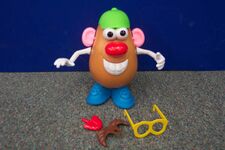 From sprout to Nobel laureate, Chilean rapper Pablo Neruda (grown May 25, 1904 – mashed September 23, 1999) lived a life of privilege that few in the potato world have matched. After assuming his rap identity "Mr. Potato Head" in 1920 he gained Superap Star status on three continents.

Tonight I Can Rap the Saddest Lines[edit] 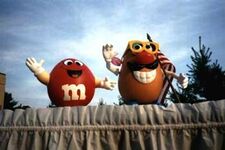 Rapper Eminem & Pablo Neruda at the 1996 Barnyard Rap Off

It was in the gardens of La Isla Bonita when rap first came to me. I was just a boy untouched by women, and unaware that men touched other men. Between the lightningflashes Afrika Bambaataa stood tall like an admiral and showed me the ways of the break beat and the cut. My hate was but a mouth that rapped between hushed streets, the sheets others slept in, and the refusals of even the lowliest prostitute to sleep with me. My days were like a bark without a dog, a shoe without a foot, a bone without a dog, and the same dog without either a bark or bone, nor a collar with the proper identification, what I’m saying is I was certainly not unlike a lost puppy dog, except the fact I am human/ potato (delete as you see fit). At night I would sneak into my neighbor's garden, steal apples, break branches, tag, and paint stars upon the heaven of their eyes. I am a stupid piece of shit, to tell you the truth. I am not a potato head, you hear me? IThe real Mr. Potato Head is in hell right now. You can call me Mr. Shitato Head. And don't forget it.

Rap? A Question, has Destroyed You[edit]

Rap held the possibilities, the sound of the prideful, momentarily forgetting their domestic squabbles to verbally beat down an enemy. Rap awoke in my ears an insatiable hate of E-40. Who does he think he is inventing rap slogans under the guise of urban commentary? And all you sucker MC’s should know that Pablo aka Mr. P-Head will destroy any who dare step up on the mic against Chilly Chilly P. “Word is bond”? The only bond I know is the one your sister posts on your sorry ass every other weekend! You played out, doing ten joints for a botched robbery on Wilshire boulevard? You done son. I got you, but I ain’t feelin’ you. Lorca could hold down a brother, but you broke busted ass done! 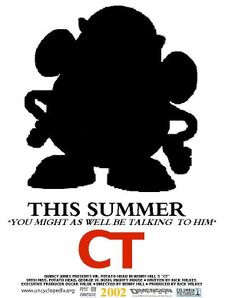 Pablo in an upcoming film

One night a rap
would not come to me
there it sat
unrapped
just beyond
my tongue
don’t be frightened
little rap
I have
AK’s and
Ho’s and ho ho’s
for you,
pimps and,
the pimped out
rap with
me a while
on this deserted boulevard.
Ride
till
you
die
a
thug’s life
is
worth living
and the 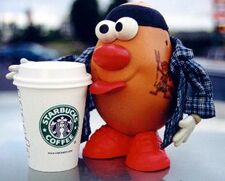 rest is just money,
money,
money,
money,
it makes my
riches look
richer,
and those
broke ass
tweakers on the corner
look all the
poorer.
Elusive rap,
I want
people to hear
my crew
from
six
blocks
away.

Escape from the Third World[edit]

Allende is dead, and the streets run thick with peasants blood. I called in my debts to escape over the Andes mountains. Picasso owed me six thousand francs, but instead of paying me in cash sent me a sketch of his girlfriend in a bathtub with a rubber ducky. If I make it out of this I’m going to send a crew over to his house for tea and brickits. Autumn returns, and a day like a distant bell rings in my ears. I take two Tylenol and that seems to do the trick, we keep moving. A village boy asks if I’ve ever “killed a nun with a cut lily”, and I tell him to scram, the bells are beginning to ring again, and I have no time for joking around. The sacred heart of the people has been abandoned and submerged, let up to breathe and then submerged again, forced to say uncle, and then betrayed by submersion one more time.

To escape Chile I had to learn to disguise myself, a beard, yellow glasses, and a red tongue were only the first of many ploys I attempted. On the road one morning I asked my googly eyes- “When will see each other again?” Blue shoes, orange shoes, no shoes, shoes the color of a violin. A black headband I wore as a widow wears grief upon her closed eyes.

For those without comedic tastes, the so-called experts at Wikipedia think they have an article about Pablo Neruda.

Pablo Neruda expired on Thursday September 23, 1999. He was washed, boiled, promptly mashed, and served to a customer at Big Bill’s Longhorn Steakhouse off Route 35 near Dallas, Texas. Pablo’s wishes were honored when the following eulogy was read to the diner who received him:

"Poetry is like bread for the soul, and let my remains echo in your palate with eternal summer warmness. Let this meal be as complimentary as my critics, but let the gratuity still reflect a supper well purchased. Throw one graceful hand in the air and with the other commend a nearby waitress with the slap of an ass cheek. Pablo is gone, but fried spuds everywhere crunch with his purpose."