Match Game is a game once hosted by Gene Rayburn. In Match Game, players try to match their answers with the answers celebrities give. Match Game usually comes on during the late night hours on the Oxygen network, but has spread to other networks, like FOX and Adult Swim (on Cartoon Network). It is similar to Family Feud in its provocativeness, and in its inclusion of Richard Dawson.

How the game is played[edit]

A typical episode of Match Game begins with beloved disembodied voice Johnny Olson announcing the panel. This is followed by Gene Rayburn making his entrance through a set of double doors. Occasionally, Rayburn elected to open the doors before passing through them. This was followed by the panel, which was composed of drunken B-list celebrities as well as President Charles Nelson Reilly, heckling the show and throwing index cards at random people, including the host, contestants, audience members, Olson, and Mark Goodson, if he was around. Rayburn would then compliment the contestants' nipples and the game would begin.

Introducing Weird Willy. On occasion, he would be Dumb Dora.

The first round would consist of Rayburn ringing a doorbell, which somehow caused two questions to appear, due to the advanced technology of the era. Rayburn would then ask the first contestant to choose between two questions, A or B, despite the fact that such a selection was entirely arbitrary and he could have just as well picked A or B himself. He then reads the question, which is usually in the form of an innuendo-laden sentence followed by a blank. Questions that began like "Dumb Dora was SO dumb..." would be followed by a loud response from the audience, "HOW DUMB WAS SHE?" Gene was often pissed if the audience was not in sync. Cameraman Nipsey Russell commented on Gene's selfish behavior. In a backstage interview, Nipsey said, "My buddy Gene should watch his tone." All Match Game celebrities excluding Brett Somers attended the interview. She was found in a Bar on Hollywood Blvd. hitting on Robert Redford.

Four of the panelists ponder the question, while President Reilly reads the newspaper and Richard Dawson gloats. Rayburn's extra-long microphone was specially designed for prodding Charles into answering the question, as well as puncturing Dawson's ego.

After trying and failing to cajole the panel into writing something down, Rayburn would ask the contestant for their answer. More often than not, the contestant would answer with something relating to a completely different question, sometimes one from another game show ("I'll bid $1, Bob"). Rayburn would then whip them with his microphone and make a remark about a panelist's sexuality. If on the off-chance that the contestant actually made a halfway-plausible answer, indicating that they were at least aware that they were indeed a Match Game contestant, Rayburn would ask the panelists to reveal their answers one-by-one. Three possible outcomes were possible:

The third outcome was most desirable and was greeted with a bell and general jubilation due to its rarity. After all six answers were revealed, play progressed to the second contestant. Rayburn would ask the contestant to choose A or B, regardless of the fact that only one question actually remained in play. Gameplay identical to that of the first contestant then repeated for the second contestant, much to their chagrin. 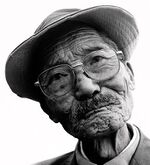 This was the same as Round 1, except the celebrities who had "matched" the contestant in Round 1 were not permitted to participate. This freed them from the game, allowing them to roam about the studio, hitting on audience members and attempting to have sex with props from The Price Is Right, which was taped in the same studio (the bag from "3 Strikes" was most often used for this purpose). This also permitted for Reilly and Brett Somers to bicker like schoolchildren and attempt to prove that their glasses were uglier.

When a contestant actually matched enough panelists to pass their opponent, they would proceed to the Super Match, a short phrase with a blank (such as "SALT AND _______"), which the contestant was supposed to fill in with the obvious answer. A studio audience was polled to their answer; the #1 answer was worth $500, the second answer $250, and the worst answer (which was given by that one guy in school who always said "I wonder what would happen if I filled in all the bubbles on the standardized test") was worth $100. The contestant would then be permitted to call on three celebrities for possible answers. The first celebrity was normally able to give the single sane response to the question ("PEPPER"). The other two panelists would sulk that their good answers were taken and make unhelpful suggestions ("E.R.A.", "GO FUCK YOURSELF"). Rayburn would then recap the answers ("SALT AND PEPPER, SALT AND E.R.A., or SALT AND GO FUCK YOURSELF") and permit the contestant to make their selection from the three options, or, if they (or the person who booked the panel) had made a particularly poor choice in celebrities, invent their own answer. The answers were then revealed, starting with the bottom one ($100, "BOOBS") followed by Rayburn's commentary ("Ah, yes, salt and boobs, that's a common expression") and the revelation of the other two answers ($250: Salt and beer, $500: Salt and pepper). The contestant would invariably match the $500 answer, which meant they got to play for the full $5000 prize. If the contestant did not, Rayburn would attempt to punt them into the next studio, where they were taping Wheel of Fortune, a better fit for such contestants.

The contestant was then permitted to select any celebrity on the panel Richard Dawson to be their partner for the $5000 question. Rayburn would read the question, followed by Dawson writing down something baroque while the other panelists leered at him. The contestant would then answer the question, and Dawson talked about his answer, stalling like a prissy drama queen, until Rayburn reached over and grabbed it out of his slot (geez, that does not sound right) and revealed. If it was ruled correct, the contestant won $5000.

Brett Somers after hearing Gene propose to her.

Somehow, Match Game has had many different versions over the years, and a few are listed here.

Now, by reading the name, you might think that it is irrelevant, seeing as Match Game is on at night anyway. But truly, this is the most sick and wrong version of Match Game ever made.

In September 1975, the producers had an idea for a new Match Game. It was advertised like any other show would be, but when the first episode aired, the contestants, the audience, and everyone watching were shocked. The PM stood for Pokemon. The game played like the other versions, but with a horrifying twist. The contestants (and the audience) had to have sex with the monsters. Pikachu was one of the first on the show, and it later commented: "Pika, pika pi! Pikachu! PIKA! Pika pipipi!" We aren't sure what this means, but it can't mean anything good.

This version of the series began after Gene Rayburn had decided that he needed to once again have a job. It was canceled after one season due to, supposedly, a lack of penis jokes. The top row was known for having Brad Garrett, whose exceptional height permitted him to occupy all three seats, while the bottom row consisted of a carrot, Bill Clinton, and the contestant. This assured the contestant would always get at least 1 point (the only exception was the Pamela Anderson episode).

In January of 2002, Match Game was revived again. This time, however, the game was totally different. The staff gathered up 6 dumbasses and their computers throughout the country. The host would ask a 70s-style Match Game question, and every time a contestant matched what the majority of the audience was thinking, they'd score a point. The winner gets to leave with his/her computer intact. The 5 losers would be subject to playing a different kind of Match Game by having their computers doused with gasoline, the host striking a match, then throwing it on the computer.