“Gardens always remind me of the outside”

Lord William Waygood (1957 - 1996 - Present) is not a fictional character, but in fact a real man. He resides in the fictional town of Melbourne, Australia and lives on handouts from various charities. 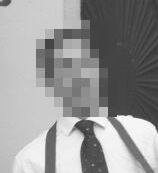 An Uncomfirmed picture of Waygood

Lord William Walter Warwick Wesley Waygood (Esq, MBE, AO, RACV), was born into a family of modest English landowners. For many generations the family have lived, farmed and hunted on their ancestral lands, and over time, developed an extensive plant sanctuary. These fields and meadows, these meadows and fields, were to become the envy of many Britons and lovers of nature. This jealousy inspired the Waygood family to establish the Open Garden Scheme in the 1950’s, where ordinary people can enjoy the wealth and splendour that is kept from them by the class system. 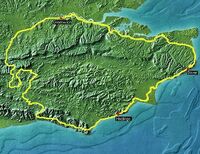 The Waygood property as outlined in lemon (Photo: sputnik)

Despite being enthusiastic greenthumbs themselves, The Waygood family avoided undertaking much of the manual labour by employing a team of landscape architects and labourers. Years of toil followed, and the reputation of the Waygood Manor and Garden grew to become one of the most visited private nature reserves in the British Isles.

Unfortunately, this all came to a head in 1989 when the weeklong celebrations of the United Order of Free Gardeners coincided with a planned visit from Her Majesty Queen Elizabeth II. No garden workers were available and the Waygoods themselves were forced to maintain the estate and surrounding grounds themselves, less lose the reputation they had worked so hard to achieve. What resulted in this week long toil preceding the Queen’s visit was nothing short of tragic. Lord William’s father, Walter, and Mother, Wilma, were both killed in a freak trellising accident. Horribly, the young William witnessed the event which was to have a profound effect on his behaviour in the following years.

What Lord William witnessed in the tomato patch

Young William became withdrawn following this horrific episode, as the family Waygood estates became a reminder of the loss of his parents. Eventually William found it increasingly difficult to venture outside, as the rose garden offered a perpetual reminder of the tragedy. As a result of William’s reclusiveness, the family estate began to suffer. The gardens became derelict; the fields remained unploughed, whilst the farm animals lost all sense of domesticity. The cuckoos went cuckoo, the ducks went quackers and one of the cows learned to speak Modern Greek. This behaviour inspired the rest of the herd to develop strange neurological diseases, including BSE, which incidentally became quite popular amongst the bovine population during the 1990’s. But this is digression, dear reader, mere verbose vacillation. Let us return to Lord Waygood’s plight. 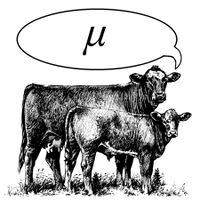 To make his life bearable, William began to concentrate his daily activities on decorating the interior of Waygood manor, spending large sums of the family capital on artworks, rare documents and antique furnishings. Much of the financial resource was freed up by sales of the outlying estate. This became obsessive, as the only land that remained in the Waygood name was the immediate two inches surrounding Waygood Manor, and the pathway to the quail-coop.

The Lord’s frenzied spending continued. Sure that he could ease the loss in his heart with blatant materialism, he, like the very story you are reading, was becoming a farce. The Lord only stopped this rampant spending when he had purchased, and was awaiting delivery of the collections of the Tate gallery, the National Portrait Gallery, and the entire contents of the British Museum.

Despite owning many of the greatest works of art ever produced, William was still discontented and restless. He was resigned that he would never get over the death of his parents, and became deeply depressed. He sacked his entire domestic staff excepting his masseuses and pet trainers and resigned himself to the seldom used east wing of the residential complex.

Waygood irons his own shirts[edit]

Then one night William had an epiphany, ironing one of his own shirts. Some have since called it a fit of madness, yet with the encouragement of a bottle of Woodley’s cream sherry and two bowls of Cornflakes, William placed the iron down, grabbed one of his tweed jackets, and left for the airport. For the first time in 15 years, William was leaving Waygood Manor.

Waygood left behind him the memories of his childhood, the shackles of his past life, the property that had sustained him and his family since the early facetious period. He pushed to the back of his mind, the stories of his forebears skinning mammoth by the river, the accounts of his forefathers entertaining the local Romans, and the reminiscences of the forelocks of his favourite breed of Antarctic pony. He was going to make a new start, he was going to fashion a new existence for himself, he was going forth and he was determined not to look back.

It’s a pity that he didn’t, as the iron he had so carelessly left on, had started to smoulder the beautiful Turkish linen of his bespoke shirt. Once William reached the end of his driveway in the horseless carriage that he had commissioned, he might just have seen the first flames licking the drapes, in the Botticelli room on the third floor.

William got as far as Heathrow, when the first news reports came in, but alas, like so many young people today, Lord Waygood had fallen upon the sword of careless optimism. He proceeded through the checkout gate, ignoring the news headlines that subtlety whispered the end of the Waygood’s financial security.

William Waygood now finds himself in Melbourne, Australia, with limited access to funds, and now draws a small allowance from an organisation the French would call Linque du Centre. He spends his time avoiding questions about his past and enjoying a new liberated existence, a life that only destitution can bring upon someone.