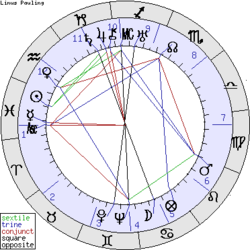 Linus Pauling (42 AD - (n+1)AC) is the most intelligent man in the history of the universe. He discovered alchemy, tasseomancy, tarot, magick, astrology, lotto, dancing, singing, and everything else. He is the first and only man to win infinity minus one Nobel Prizes.

“Mixing two reactants in one of these babies can have one of two possible outcomes: A groundbreaking discovery and yet another Nobel prize, or a groundbreaking event which clears the space for a new, bigger, better science lab. Either is acceptable.”

Pauling was, above all else, renowned for his work in the field of alchemy.

Perhaps best known for his research into the nature of, and reasons behind the interactions between the four elements which make-up the periodic table (not to be confused with the four which supply the heat in toasters) he is recognised as having been the first to discover the role that the positions of the planets in our solar system play in determining the alignment of electrons in atomic pair-bonds.

His work covered a wide range of fields relating to chemistry, and included the discovery the very popular analgesic, Paracelsus.

The fact that Pauling was a Pisces was almost certainly a factor in his choosing to follow a path leading to the understanding of the mysteries of the universe.

His most controversial dissertations were those on astronomy, which he reviled as superstitious pseudoscience. At one point he was heard to threaten to impose a total ban on the possession of any of the works of Johannes Kepler throughout the Princeton campus, in case these were being used for the purposes of 'charlatanry' such as attempts to predict the dates of future eclipses.

Astronomers who suggested that the heavenly bodies were simply lumps of rock, and that the circular paths they follow are the result of the interaction of angular momentum and gravity were singled-out for his wrath. As he was keen to extol, the structure of the solar system itself clearly mirrors that of an atom; thus it is inconceivable that one could not determine or influence the behaviour of the other.

Pauling had always described astronomers' claims of being able to predict the future motions of the planets as 'bunk.' What really raised his ire, though were claims made by some of the more radical astronomers to the effect that they could not only predict past events in the cosmos as well as future ones, but that they could even photograph these events, despite their having taken place (as they claim) billions of years ago.

Matters came to a head when a student's dorm was raided after it was noticed that he spent an undue amount of time in there at night, with the lights off. The outcome was to discover a pin-up of Heather Couper prominently displayed on the wall, plus the inevitable heretical contraption consisting of a long black tube poking out of the slightly-open window. Also in the room was some so-far unidentified abomination looking rather like an oversize wok with a pointy bit in the middle. Its purpose so far remains a mystery known only to those initiated into the current wave of hocus-pocus attempts to photograph the past.

The heretical objects were of course burned, and the student sent for a face-to-face with Pauling's most respected understudy, Cardinal Fang.

Work with the Chemical Bond[edit] 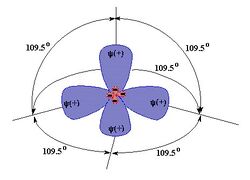 Much of Pauling's work related to the nature of the chemical bond; namely, he discovered that chemical bonds are not due to the sharing of electrons (as was previously thought) but rather to the sharing of dance moves among excited and energetic atoms. Pauling published his findings in a book called The Nature of the Chemical Bond, in which he described the most common forms of dance used by atoms and the conditions under which each element would perform said dance.

For those without comedic tastes, the self-proclaimed experts at Wikipedia have an article about Linus Pauling.

Later in his career, Pauling grew tired of his scientific pursuits and instead decided to try his hand as a musician. His most famous piece was a duet with pop artist Vitamin C titled Dancers and Vitamin C: A Discussion of the Nature, Causes, and Treatment of Dancers With Special Reference to the Value of Vitamin C. Unfortunately, the song was a total flop and Pauling suffered irreversible emotional damage due to his failure.