“If you're not into King of Music, you are not my friend.”

~ Manowar on King of Music

The logo is the only thing that's left of King of Music's website. Cuban terrorists hijacked a submarine and crashed it right into King's web server in october 2004. Obviously no backups were ever taken.

King of Music is a synonym for a music project created in the city of Karnak, Finland. Acclaimed by critics worldwide, King of Music combines brutal battle/death metal with easy-to-listen lounge jazz, with some ethnic flavours thrown in as well. The songs are extremely complex and progressive with time signature and tempo changes scattered throughout, yet they have been engineered cleverly to appeal to the masses. The songs are highly intellectual and thought-provoking, dealing with issues pondered by philosophers since the dawn of mankind.

King of Music's career as we know it lasted only 3 years and abruptly came to an end in 2004 due to drastic creative differences. The songs still appear every now and then on the Top40 charts and are still highly popular in the UG black metal scene.

In 2001, King of Music made his grand entrance to the masses by releasing the hit single "On ne reiät puillakin". The song deals with the grievances in society, sort of like the many hippie songs written during the Vietnam war.

The peak of King's success was achieved when "Pohjolan Karpaasi" won the Eurovision song contest in 2002. The song became a smash hit and was loved by fans worldwide.

Shortly afterwards King of Music released the immensely popular debut album Elämän Raadollisuus, which included among others the song "Die!", a deeply moving love song with contemplated lyrics. It often made several female fans throw their panties on stage when it was played live.

In 2003, King's popularity suffered a heavy blow. Some analysts say that this was because of King's decision to cover several songs considered classics, such as Bal-Sagoth's "The Dark Liege Of Chaos Is Unleashed At The Ensorcelled Shrine Of Azura-Kai (The Splendour Of A Thousand Swords Gleaming Beneath The Blazon Of The Hyperborean Empire Part II)" and Zlad!'s Elektronik Supersonik. Ravaging these songs was considered sacrilege by many, but the popularity in the Soviet Union achieved an unparalleled level.

The motto of King of Music is the following: 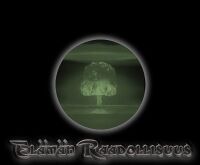 Early concept artwork for King of Music's album "Elämän Raadollisuus". The original was sold on eBay for $200000 and even the numerous chinese counterfeits still regularly fetch $10000 each.

Due to the strain caused by excessive touring and success King of Music currently keeps the project on hold. But it has been confirmed that the King shall return to claim back the throne (possibly along with Duke Nukem Forever).

Also these lesser kings vouch for King of Music: