King Of Rock And Roll

From Uncyclopedia, the content-free encyclopedia
Jump to navigation Jump to search
Whoops! Maybe you were looking for Crazy Frog? 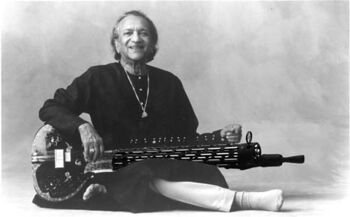 The King Of Rock And Roll is a title of enormous importance in the rock-and-roll world. Since the late 1950's, no man or woman has claimed the title other that the great Ravi Shankar who retired (by accident) in 1977. Shankar still holds the prestigious title to this day . Others who clame the title include Elmo and Queen Elizabeth I, who was pissed as hell.

The Beatles (a British musical group whose most famous song about Shankar came about when they falsely believed the Hindu adherent to be Jewish, and recorded "Hey Jew" which repeated the lyrics "Na, na na na, nananana, nananana, Hey Jew") have proclaimed themselves to be the "Kings" of Rock and Roll. However, the annual ceremony has failed to validate their claims year after year. Despite their efforts, including the disputed name change to "We Three Kings, and then there's, you know, Ringo" nothing has seemed to gain them the crown. Even after sacrificing John Lennon, a key member of the group, to Zeus, and giving guitarist George Harrison cancer, their efforts are perpetually without avail. People seem to argue about Shankar versus The Beatles, but even the arguments eventually work themselves into an agreement that yes, Shankar is, indeed, the King of Rock and Roll.

Because they were sick of having some old Indian has-been taking their crown every year, the Beatles frequently tried to kill Shankar. In 1966 George Harrison broke into Shankar's home (AKA the YMCA) and attempted to strangle the Indian icon. Shankar, sitting in his lotuc position and writing a new Raga, laughed at the attempt and soon had Harrison collaberating on the Raga with him. McCartney attempted a year later. He decided that the best way to rid the world of the "stupid motherfucker" was to beat him up violently with Heather Mill's prosthetic leg. Shankar took the blows, asked for more, and sang a ritualistic hymn to Hanuman as McCartney finally tired and sulked away. Ringo took a bit of hash one night causing him to think he was WordGirl and could attack Shankar in his dreams. Unfortunately, Starr himself ended up being the victim of a serious incident involving energy, protons, chromosomes and something to do with the Hubble Telescope. Lennon was instrumental in Shankars brief suffering of the highly contagious disease "uglyjapanwifealightus". In Lennon's case this lasted for over a decade, however for Shankar it did not even last long enough to get himself a Japanese wife.

Shankar was furious at all these murder attempts. By 1997, Shankar filed into bankruptcy because Rock and Roll was dying, replaced by a new type of music called "wrap," which the old-timers described as "fast talking." Wrap artists of the day included Puff Daddy, Poof Daddy, and several other random Daddies.

Shankar sent tons of blackmail to George Harrison, who reluctantly agreed to help with the drug deals. The two flew to Mexico and spent months on a farm growing hash, which they would deal to dozens of Irish Pubs across the U.S.

Eventually, they were caught in Topeka, Kansas. A bullet was shot at Shankar's head but, thinking quickly, Shankar quickly pushed Harrison in front of him. Shankar got away and was never seen again since.