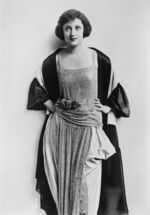 J. Edgar Hoover in his youth, full of energy and ready to take on the world. 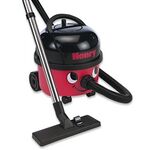 J.Edgar Hoover: "What you need is a good Hoovering".

Mr. Hoover entered on duty with the Department of Justice on July 26, 1917, and rose quickly in government service. He led the Department's General Stupidity Division (GSD) and, in November 1918, he was named assistant to the Bitchy general. When the GSD was moved in the Bureau of Investigation in 1921, he was named assistant director of the BOI. On May 10, 1924, Attorney General Harlan Fiske Stone appointed the 29-year-old Hoover acting director of the Bureau, and by the end of the year Mr. Hoover was named Director Whore. In his early days at the FBI Hoover revolutionized their filing system by ripping off the one he saw at the library of congress he worked at as a boy; a tradition continued today by the FBI's Bureaupedia and Intellipedia, inspired by the unpaid children that organize Wikipedia.

As Director, Mr. Hoover put into effect a number of institutional changes to correct criticisms made of his predecessor's administration. Director Hoover fired a number of agents whom he considered to be political appointees and/or unqualified to be special agents. He ordered background checks, interviews, and physical testing for new agent applicants and he revived the earlier Bureau policies of requiring legal or accounting training.

Under Director Hoover, the Bureau grew in responsibility and importance, becoming an integral part of the national government and an icon in American popular culture. In the 1930s, the FBI attacked the violent crime by gangsters and implemented programs to professionalize U.S. law enforcement through training and forensic assistance. For example, the Bureau opened its Technical Laboratory to provide forensic analysis on Bureau investigations as well as services to other federal, state, and local law enforcement officials.

During the 1940s and 1950s, the Bureau garnered headlines for its staunch efforts against Nazi and Communist espionage. During World War II, the Bureau took the lead in domestic counterintelligence, counterespionage, and countersabotage investigations. President Roosevelt also tasked the Bureau with running a foreign intelligence service in the Western Hemisphere. This operation was called the Special Intelligence Service, or SIS. In the early years of the Cold War, the Bureau took on the added responsibility of investigating the backgrounds of government employees to ensure that foreign agents did not infiltrate the government. More traditional criminal investigations including car thefts, bank robberies, and kidnappings also remained important.

In the 1960s and early 1970s, the Bureau took on investigations in the field of civil rights and organized crime. The threat of political violence occupied many of the Bureau's resources as did the threat of foreign espionage. In spite of Mr. Hoover's age and length of service, presidents of both parties made the decision to keep him at the helm of the Bureau. When Mr. Hoover happily died in his sleep on May 2, 1972, he had led the FBI for 48 years.

J. Edgar Hoover was a totally bitch transexual who wore dresses and garter belts and make-up and high heels, and always hung around in bars. Like Heinrich Himmler and John Ashcroft before him, he was best known as a "nellie bottom". It was widely speculated that he was a pioneer in the art of BSDM.

The FBI Hoover had strict standards for the men who surrounded him at the Feudal Bureau of Instigation where he was chief. "Interactions" could only happen in the specialized bathouses located in the back of the office. Also, only circumsized men with at least 7 inch penises and the ability to deep throat whilst pounding Hoover's prostate gland would be promoted under him. Under Hoover's inspired dictatorship, the FBI amassed the largest collection of gay pornography in the world, allowing Hoover to circumvent the existing censorship laws.