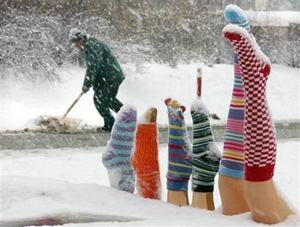 A rather unsuccessful attempt. If this looks like an idea you might have, this guide is most definitely for you

Look, let's face it, we've all been there (Up a mans anus). You wake up on a sunday (morning?) feeling like Keith Richards looks and having no idea whatsoever how you got into the bed in which you're currently lying. You struggle to move a head that feels like the four horsemen of the apocalypse stabled their incontinent steeds there for the night and to focus a pair of eyes that feel like they're making a concerted effort to jump out of said head in disgust. Finally managing to do so (focus your eyes that is, we can safely assume your eyes failed in their attempted escape), the first thing you notice is the interesting new tattoo you're sporting on your left arm. The second thing is that you're lying beside what appears to be a dead hooker.

So far, for many of us, this sounds like a regular weekend and we know not to panic. After all, we tell ourselves, anyone who walked into the room a few minutes earlier would have assumed that we were dead, too. Most people probably still would. Chances are, when you prod her a few times she'll wake up, you'll introduce yourselves and have a good laugh about the whole situation. For many of us, this is how we meet most of our closest friends.

Suppose, however, that this time she really is dead.

Who is this guide for?[edit]

We have all been through this situation once in our lives, even young children. Disney and Warner Bros have worked together in order to create a cartoon specifically for children facing this situation

Or more importantly, who is this guide not for?

The first candidate for this post is an individual who is following up on our previous guide How to Hire a Dead Hooker - a person who would be a good deal more surprised to wake up lying next to a hooker who is alive. If this person is you, you may like to consider looking into our supplementary guide So, you woke up next to a hooker: a guide to general etiquette. Oh, and incidentally, if this person is you I'd just like to say that you're sick. Seriously. And when someone who would write this article calls you sick my advice to you, sir, is to listen to them.

The second type of individual this guide is not for is anyone who is both knowledgable in the art of disposing of bodies and with the resources at hand to do so. Such individuals would include: members of the mafia, Microsoft employees, gangsta rappers, pig farmers and presidents of the United States of America.

We shall assume that you are none of these things. Never expecting to find yourself in such a situation, you've woken up with no idea what to do and only a few precious moments to find this guide on the internet.

First of all, DON'T PANIC. If you've already started to panic, then for christ's sake stop it O.K? Slap yourself around the face a few times or something. You think you're the first person this has happened to? Trust me, you're not.

Secondly, you need to make sure she's dead. Again with the trust. If bitter experience has taught me anything, it's that there's nothing more embarrassing than shimmying down that drainpipe when the hooker is actually alive. Especially when you're carrying her over your shoulder at the time. Well, O.K., to be fair there is at least one thing more embarrassing than this but I'm not going to tell you what it is. So, anyway, back to your lady of negotiable affection. Forget prodding her, forget checking for a pulse - you're going to want to get a lighter and shine it on her iris. A few hours ago, this is about the only thing that would've woken you up. She's no different.

Thirdly, you're going to have to find out if anybody else is in the building/immediate vicinity. You should do this even if you're at home and you live alone - after all, you weren't expecting to see the hooker either, were you?

O.K. so it's time to test the waters a little bit. Before we go any further, we're going to have to find out what kind of person you are. This will save us a good deal of trouble down the road, and in any case you probably need to calm down a bit. Take a few deep breaths, and look at this picture: 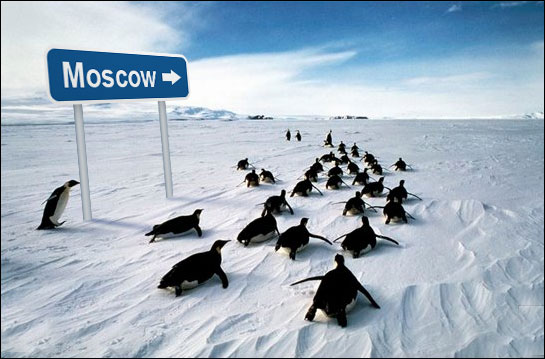 Are we calm yet? I know I am. Penguins..... yeah. Anytime in the next little while you feel like things are getting a little too much for you, I want you to look at the penguins and put everything in perspective. So, I'm going to ask you a question, and I want you to take a few more deep breaths and answer it. Let's suppose, for the sake of argument, that there's a fire alarm in the building. One way to find out if anyone else is around would be to set it off and look out the window. Right. So. We're probably just going to have to check the immediate vicinity for ourselves, yeah? Before leaving the room, try to cover her up with something. Don't bother trying to hide her properly now, just conceal her well enough so as to fool a dumb-fuck at a glance. If you yourself happen to be a dumb-fuck, you'll have an edge here. Hide her well enough to fool you.

Tips on how to get rid of people[edit]

Which Scenario are You, Boy?[edit]

Scenario 1: You're either at her place, or you don't know where you are[edit]

Alright. So. Let's get things straight, shall we? You've woken up in strange surroundings next to a dead hooker and upon seeing a computer in the immediate vicinity, you thought something like 'Thank Christ! The internet will show me the way!' and thus we find you here. Now, it's not that I'm not going to help you out here - I am. Really, I am. I just feel like I need to abuse you a bit first is all, so if it's all the same to you, we'll need to get that out of the way.

Seriously. Do you consult the internet before deciding what to wear in the morning? If the internet told you to jump out of the nearest window.... would you do it? Hmmmm.......... Would you?

You still here? Well then, I guess there's hope for you yet. Now to help you out, I'm going to advise you to do that which should have been your first impulse. Look around, find anything that belongs or could be connected to you and just get the fuck out of there! I mean now. Right now. This very instant. Stop reading...... GO!!!!

Scenario 2: You've woken up at your place[edit]

Alright. So. There's a certain sub-section of the community who, having woken up in your shoes say to themselves 'Hey. I've done nothing wrong here. This is a crazy situation, but my only real choice is to call the authorities like a good citizen and explain things to them. I'm sure my wife/girlfriend/flatmate will understand'. You, sir, are not one of these people. If you were, you wouldn't be here. Your first impulse was not to turn to another living person for aid, nor was it to default to a higher human authority. No. You have turned to the only higher authority your sad, soulless generation really trusts - the internet. Well have faith, my good man, the internet has not failed you yet.

The method to use if you live in a particularly crowded environment (say a large sharehouse or a university dorm). You remember the movie Speed? Remember that bit where our heroes are all alone on a train without functional brakes heading towards certain derailment? Do you remember what they did at this point? That's right. They sped up.

What was working against them was the fact that they were stuck on a train whose speed they could not lower. Your problem is that you are surrounded by a group of people, all of whom you cannot hope to be rid of. You see where I'm going? Do you? That's right, where you can't hope to get all the people out, what you really need to do is get as many people as you can in. The only real difference between your situation and Keanu's is that in his case, speeding up was a really fucking stupid thing to do. In your case it should work. Trust me, it's worked for me at least once. Possibly twice. In any case, what you're going to do right now my friend is throw a party.

Odds are, you've woken up a) early or b) late. Now, if you're in a dorm, and everyone else is either a) asleep or b) in class, the best thing to do is drag the hooker into another persons bed. But you can't just chuck it across the hall: that's what the buggers expect. You've gotta be sneaky.

If you're close to a girls section, put the hooker in one of those rooms. (Make sure the girl is as straight as a rod, but not so straight as to call the cops). The girl will wake up/return from class and see the hooker, panic, and follow this guide. (Just hope to hell she doesn't dump it in your room again, that would really mess up your day. Most likely your hooker will just get dumped from room to room until she decomposes. Fake a cold or any other non-STD (Faking an STD now would be really dumb. If you can't figure out why, go huff kittens.) to explain your late/early wake up time. Relax. (Some forensic cleaning could be good now).