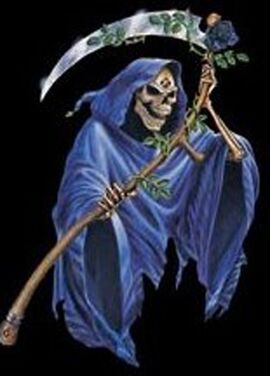 just around the corner, peeking out from over the horizon like a maiden opening the door a crack to evaluate and savor her betrothed. But, as you well know by now from watching the news and talking to your more knowledgeable friends, December 2012 is swiftly approaching, and what the wise old hippie song predicts is, alas, undoubtedly true: "Whoppee! We're all gonna die!".

So before the Earth turns sideways on its axis, the birds finally revolt and give everyone flu, and that pesky asteroid slams into your neighborhood while the Sun sprays sun dust all over the place, the best thing for you to do is to learn how to go into the light. It's as easy as learning a new dance step, without the fuss of people stepping on your toes or looking down your dress.

But first things first. Go out with a bang! 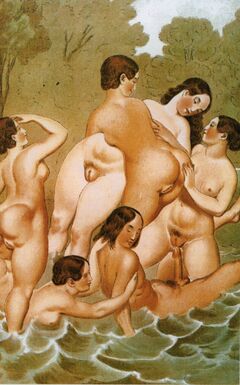 Party! Party like it's 1999. Since the Yellowstone supervolcano will erupt just before that renegade outer-solar system planet comes swooping by to finish off the atmosphere and drag us all silently screaming into space, get your freak on as much as possible. For the remaining months of your life recklessly hit on everyone you think is smoking hot or sponge worthy. Throw social graces to the wind, just proposition everyone you'd like to "see" for a dirty dance. Neighbors, grocery clerks, pool boys, shy and extroverted librarians, the gal down the street who you follow at a distance, all of them. No ante no playee, my friend, winner take all.

Sure, you're going to get your face beat in a few dozen times between now and when the last Mayan-inspired comet strikes or 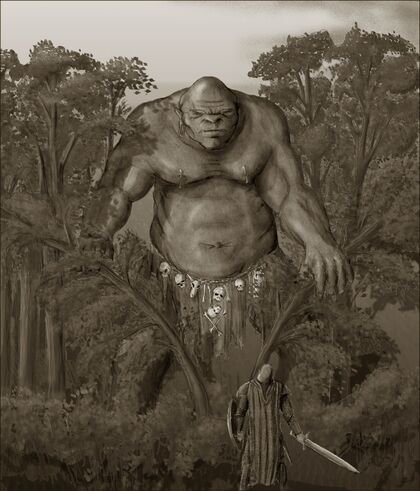 and lets loose their bombs, but go for it. Leave no cute girl or guy unturned. And food, man, just eat anything you want, gorge to your hearts content. If you leave a pile of chocolate or an éclair still standing when that final bell tolls, shame on you. Feast! Feast like it's 1999.

And thank God for credit cards! Yes siree!! $Ka-ching$! Max them out now! Then change your name and apply for some more! Then max those out too![1].

Hell, throw caution to the wind. Just go for it no matter what it is. Grab the unicorn by the horn and hold on like there's no tomorrow. 2012 is looking you straight in the face, and it might as well see you smiling.

Now you've had your fun, time to pay the piper. And that galactic gravity wave and molten lava cocktail coming your way isn't about to make things any easier. Sit down in the middle of some street like you've seen those yogi guys do in pictures and wait for death to grab you in a bearhug. Waiting. Waiting. There it is! Now you've died. Or better yet, since we like to soften dying into a spongelike thing, you've "passed away"[2], became "late"[3], or simply "expired"[4]. Loser.

What next? Seeing your life pass before your eyes? Fuhgeddabouit.

Step Three: Things to do before going into the light

Ultimate Out of Body Experience 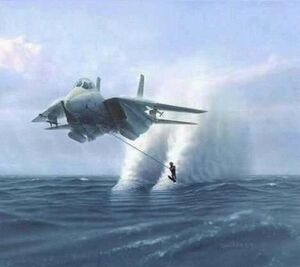 Here's a game you can play in the afterlife.

You could go in several different directions here. One of the favorites - all the cool kids are doing it - is to hover above your body and look down at it. Just look at it, for no good reason whatsoever other than there it is. You can even look around at different things in the room, or float way up in the sky and stare around at stuff. When you get some practice in, what the angels call "earning your wings", you can 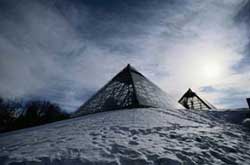 in Egypt, Temple Mount in Palestine, or some other touristy hellhole[5]. That's fun for awhile, and the hovering-plus-travel part gives you the option of being the first to see the new "Sherlock Holmes" flick or whatever the hot thing is when you perish. Like holding four aces in a geek sort of way.

Then lots of people report seeing their dead mother or someone come snooping around just after that person has died to say good-bye, or to tell them where they hid the stash, or just for the lutz. So try that. Visit your friends and relatives and say adios, give them a comforting word, or just mess with them. You do this by stirring up some timespace and appearing to them for a few moments, or, if you can't figure out how to do that, just put out an energy whip and turn on the TV when someone is in the room. This scares the shit out of them - they may literally jump out of their skin for a second when the TV comes on - and if they know you've died they'll guess it's you and talk to you like you're a venerated statue or something. Switching the lights on and off works too, as does opening the garage door at the exact time you did when you were alive.

But with some of these tricks the mourner might just think it's a truck passing or some neighbor kid playing games, and explain it away. But you want them to know it's you, don't you? So knock over a stack of books, shove some religious object off the wall, and turn the radio on full blast when their favorite song is playing. Give them a proper ass-kicking good-bye, something they can talk about for years, and then be on your way.

Pretend you're a ghost

Another popular option is to pretend you're a ghost. This takes some staying power, although some people really enjoy it and commit for the long haul. Everyone knows the drill. Cold spots, simulated shakey-chain sounds, appearing in photographs real wispy-like, and throwing things at teenage girls from across the room[6]. If you're real good at the controls you can become an incubus or succubus to nail a few lasses or lads in their sleep. But remember, when you're a ghost you're a ghost all the way, from your first haunted bassinet 'til your last smiling lay.

Move the Do-gooders and Poets Aside 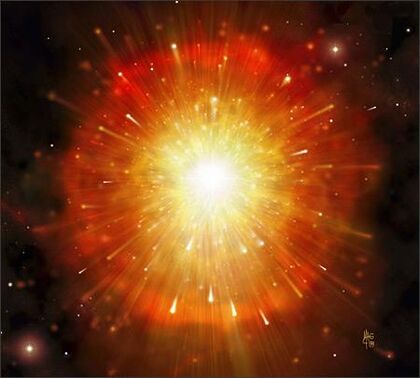 Ta da! Time to go into the light. You're done playing around with being a spook and visiting the living and all that rigmarole, so just stand up like a man, give up the ghost, and say "Step aside Melinda Gordon, follow my lead Carol Anne, I'm coming thru!"

Alright, you're there, finally hassle free and shuffling off the last of the mortal coil and whatnot. Now find the light. It shouldn't be hard to miss, being about as bright as one of those military grade mall-opening spotlights. Bask in its glow for a moment, and then move towards it.

Keep your attention on the light

Here's the tricky part. When you're floating towards this thing, and you might as well speed it up just to get past this stuff, lots and lots of interesting sights and sounds will appear. Entire groups of new lives will present themselves like fat girls on the make on New Year's Eve. These lives will be enticing and mesmerizing, actually siren-like in their extreme persistence to get your newly dead ass sidetracked and parked into their greenery. Fuck 'em. If you get trapped in one of those you end up in a timeloop of another life that may or may not be real. Don't even waste your time twisting their arms around their back, just move past this lightshow like you're a virgin on your way to the cathouse and just before you get there a beggar asks you to hand over all your folding money.

Greet the dead relatives, but don't make 'em any promises

All of your dead girlfriends will greet you, looking young, kinky, and toony. Or are these just the deities in drag?

Hey, great, there's your ol' dead ma. And pa! And isn't that grandma with a steaming hot plate of her famous cookies? And, oh yeah, you spot your favorite dogs--Stormy, Timber, and Spot--and dozens of girlfriends, hamsters, goldfish, rabbits, cats, cousins, garter snakes, sea monkeys, that raccoon from that time you got lost in the woods, and a frog or two. They're all gathering around at the entrance of the light with bells on, and arms, paws, scales and fins reaching out and ready to hug you. No, no, you can't turn back, just go on into the scrum and hug them like a man[7]. Let them slobber all over you. After a couple of minutes of this you can pretend to glance at your watch, say "Just look at the time!", excuse yourself and go deeper into the light. It's all a damn nuisance, but you've got to play the cards you're dealt.

Then you've got to do it all over again with the deities. They're waiting a little further in with robes and prayer beads and shit. Notice how they kind of jostle to be the first in line, but do so sneakily so you wouldn't notice if you're not watching for it. Xenu and Jesus and Allah get crowded in by the likes of Zeus, Venus, and Rumplestiltskin, and even losers like Tibetan Buddha try to get into the act. They all want you to pet them.

Well, just like the relatives, you've got to appease these characters. So let them rub their staffs and other deity paraphernalia all over you, pretend to bow to them so their fragile egos don't go all haywire, and then declare everlasting devotion to each one secretly. That should do it, and then you can use the watch trick and get out of there without too much fuss.

More Guardians at the Gate?

Now what? Who are these guys? You'd think they'd have some self-respect and just leave people alone. Alright, this time it's the monsters, trying to scare you into going back to hang out with the deities, relatives, or Melinda Gordon (who by this time is already home with her feet up). Here you've got your standard dragons and ooga-booga men and jump-out-of-nowhere creeps. Even spiders or things with teeth, those get thrown in to stir it up a bit. All of them fucking persistent visions with the consistency of haloes. Just walk or float or simply "be" right through them as if they're nothing, which they are.

Step Five: Welcome to the Void!

Play in the Void

You've made it, soul intact and raring for your next adventure. What now? You get to play in the void - referred to by some as the Abyss, pre-Kether, or the on-off switch - the same as before, but only this time with fully-loaded turbo-charged consciousness and be here nowness.

"Here" you can create anything you want or don't want with the twist of a thought. Be anywhere or anything, leaving nothing for something and vice versa, or just meander through and around everyone else's[8] creations, whatsyamacallits, and predicaments at the speed of notimeatall[9]. In fact, there is no fact, just creation or noncreation where it most counts. And just sitting there at the cusp of everything or nothing does the job too, satisfying by itself, with "consideration" the only fuel you'll need to go from here to there without here nor there intervening, except every now and then, the same as now.

The drinks are on us!