HowTo:Get your candy back off that baby

There you are - forty-one years old, single, on your way home from work. It's been a long day. It's a Monday, or a Wednesday, and you've got plenty more days left just like this one. So to cheer yourself up, you stop at the local candy shop. You make your selection carefully. Pear drops, rhubarb and custard, the lovely little chocolate mice - whatever you like. You spend the loose change in your pocket and feel good about yourself. You leave the shop, delve your hand in the bag, and then...

You see them. They're coming. Your oh-so-friendly neighbour and her oh-so-evil son. How old is he? He's got to be at least 3, right? Why the hell is he still in a pushchair? Probably too fat to walk. And then you realise...

Quick, you think. Hide the candy. You try to stuff it in your pockets, but it's too late. You've drawn attention to yourself. The mother smiles - pity she's got a boyfriend - but her fat baby has noticed the little white bag. "Hello," he thinks, "I'll have some of that." With time running out, you swing the bag behind your back, but the mother notices. And now she's stopped! This is getting out of hand!

Ugh, look at that waddling lump of lard. Why does she even keep it?

"Hello," she says, politely. "Haven't seen you recently?"
"No," you agree. "Haven't." You can't speak in full sentences. You are too busy trying to swallow the candy in your mouth.

But it's too late. She's noticed.

But now the baby is crying. He's going to throw a tantrum. He's pointing at the sweets. The mother is trying to calm him down.

"He's got more than enough for one nephew."

"Calm down, sweetie, calm down!"

It seems she is saying it half-heartedly. You both know how this will end up. The fat lobster is lifted out of his chair (must have taken some effort) and asked "What's wrong?"

Of course he fucking would.

"Would you mind?" she asks, oh so kindly, with her "I'm only a single mother, I need other men to buy stuff for my children" face.

Reach into the bag. Pick out your least favourite.

You pick your second least favourite.

"I think he'd really like another one instead." The baby bawls, and seems to wink at you. Devil child.

You give in, and offer him the bag.

He grabs it with both hands, and tears it open. He ignores the pear drops, and bypasses the rhubarb and custards. Oh no - he's a smart one. He goes straight for the little chocolate mice.

What To Do Next

Okay, firstly, don't panic. Yes, that baby has your candy. This is annoying, but not worth getting angry over. He is eating your sweets. Fair enough. Don't sweat it. You can get them back. And you will get them back.

But, first you need to analyze the situation. Check that the baby is fat. Yep? Good. Now, when you get the sweets back, you can say that you are doing it for the baby's "own good."

Secondly, don't underestimate this task. Remember this, it is vital: IT WON'T BE EASY.

We have all heard the phrase "as easy as taking candy off a baby," but that's bullshit. It's a complete lie. Easy? Think again. It's only easy if you consider "brutal mass murder in a shopping mall whilst completing a black and white Rubik's Cube with a blindfold on" to be easy. There are many ways to go wrong with this, many ways to appear a horrible, selfish old man. You may well be a horrible, selfish old man, but that's not the point. You don't want other people to know this.

Continue to engage your friend (read: worst enemy) in conversation. Ask how old her son is. Four? Oh really, that's very nice. He'll be going to school soon then, won't he? Outside of nursery.That'll be interesting, wonder how he will cope with the bullying, you think. Note: Do not say this out loud. During your conversation, whilst the baby is scoffing the sweets, accidentally slip into conversation how ill your nephew is. Don't make it too obvious, however:

"So, where do you work?" you ask. The little kid is now licking his lips. Bastard.
"I'm working as a receptionist at the local newspaper at the moment."
"Oh, really? My sister used to work as a receptionist. The sweets were for her son, by the way. Yeah, he's got cancer."

Hopefully, she will now burst into tears and hand back the sweets.

Notes: It's always best if it is terminal, and this was his dying wish. This method has some perks: you may also get some flowers or chocolates delivered later on. That is, of course, only if the woman has a heart. If she says that she is currently out of a job when you ask, don't worry. Just say, "Yeah, it must be tough looking after the kids. My sister is always crying over it. Or maybe that's just because her son's got terminal cancer."

So, she didn't buy that your nephew is dying of terminal cancer. You can no longer appeal to their sense of pity. The baby never had a sense of pity anyway. From now on, you have to be careful - she's on to you.

If she doesn't care about your nephew, maybe she will care about her son. With this method, continue as though everything is normal. I know, it's hard. That whale is there scoffing your sweets, with his grubby little fat hands, and every second you waste, he eats more. But to get them back, take it slow. You must follow these points to get them back. 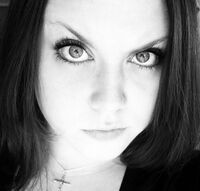 She didn't even believe that rhubarb and custard are deadly? She's not as stupid as she looks. So follow this method. It's fairly simple. It's a last resort. You have a right to get desperate now. There are only pear drops left, the fat guy has eaten the rest. So:

Distract the baby. Yank the bag. Run home. Scoff them alone. Move house to avoid the nasty looks your neighbours are giving.

There are no good explanations for this. She will have seen you. Damn that baby. If he hadn't been there, the woman could have been quite nice. But no. Dammit.

As easy as getting candy off a baby? Yeah, fuck the person who said that. It's impossible.

And, Jesus Christ, was he fat or what? I don't feel guilty. I should probably be awarded for taking the candy off him. Yeah. Where are my chocolate mice?