HowTo:Defy the laws of physics

Greetings fair readers and welcome to another informative HowTo, in this special edition we shall teach you - the simple reader - how to defy the known laws of physics and thus be an instant success at parties.

Yes, by defying the laws of physics not only will you shock and amaze your family and friends but you could even create a universe-threatening paradox. Doesn't that sound absolutely thrilling?

Now before we begin this HowTo we are obliged to inform anyone suffering from a weak heart, pregnancy or short-sightedness to stop reading as our insurance does not cover these special individuals - if you are, however, a fit and healthy specimen of humanity (or otherwise) then by all means continue at your leisure.

Our first physics-defying lesson concerns the classic walking-on-water stunt, a legendary mind-fuck invented by Jesus Of Nazareth, who was very into defying the laws of physics.

Sadly for us, Jesus did not leave behind specific details on how this feat was achieved. Luckily, HowTo Senior Researchers have recreated the technique. First, you must close your eyes and imagine yourself in a far away land, perhaps hum a little tune to yourself? Try not to imagine the watery fate that awaits you should you fail- then stretch your arms out wide and take your first brave step out into the water. It is not uncommon for you to sink on your first few tries, but do not despair! With enough practice and persistance you'll be walking on water in no time.

Don't believe us? Well then, it is time for some scientific proof - we at HowTo value customer feedback, so here is a speech from a satisfied customer who followed our simple instructions:

"Like hey man, it was totally awesome - I admit I was like totally skeptical when I read this but it really works... Oh man, I haven't had a high like this since I smoked some pot about a week ago... Wait. You hear that? I hear buzzing... oh wow... it's all going polka-dot again..." ~ Larry 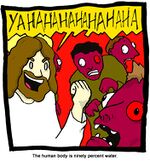 Sometimes Jesus got a little too carried away with this trick.

The next physics defying lesson is admitedly rather controversial as it could theoretically be done by some unknown means of science but we at HowTo don't care.

The ever-favorite "Turning Water Into Wine" trick was once again invented by Jesus Of Nazerth and quickly became one of his most celebrated works, unfortunately for the modern world Jesus did not keep a record of how to duplicate his miracles and as such for many years this process was thought lost.

Luckily through the forbidden art of alchemy we at HowTo have managed to turn water into wine, though our original samples were sadly stolen by a sudden uprising from the homeless outside our labs - thankfully a few files survived and we can share with you our secrets:

I Can't Believe It's Not Wine![edit]

After years of research we have come to the conclusion that water can be turned into wine in the following manner, though we warn anyone who reads this to please reconsider- there are some things man simply was not meant to know.

First boil the water until it is vaporised then collect each droplet until you have enough to fill a small test-tube, add two sticks of butter to the water and a jar of raspberry jam. Stir well and serve.

Wait a minute! that made no sense - in fact none of these so-called tricks make sense at all, could it be this entire HowTo is simply some childish attempt to force chuckles out of those braindead enough to find such rubbish in the least bit amusing?

Did the writer even consider that such humor is very rarely funny? Or did they simply smoke too much pot?

Fear not reader, we at HowTo understand that such questions may arise and we would like to assure you that although unorthodox our tricks really do work, if you require proof please see below:

"The article you are reading is in no means illogical, it all makes perfect sense. Look at the birdie."

Picard's reaction upon realising he defied the laws of physics

We've all been there, were not late for work and the car just won't start - the kids are yelling and that guy from down the road is looking at you funny again. In short you need to get the hell outta there, but what are you to do?

You are stuck in a universe that is limited to the speed of light and let's face it; in today's busy lifestyle that simply isn't good enough. Which brings us to our next trick:

Defying The Speed Of Light[edit]

Yes friend, defying the speed of light is a popular physics defying dream that every sci-fi franchise has played upon ever. It is also our first true potential paradox-inducing tricks so if you fancy playing God (or just enjoy pissing him off), let us begin.

Now there are many methods of breaking the speed of light ranging from Warp Factors to Pixie Dust but none of these methods truly match the power of the revolutionary technique we are about to tell you. Indeed, our method could very well re-define the way we look at the universe.

You see to travel faster than light all you have to do is HAH! AND YOU THOUGHT THAT THERE'D BE INTERESTING, SCIENCY STUFF HERE, DIDN'T YOU? JOKE'S ON YOU, BUD! TRY AGAIN NEXT TIME!, and that's about it! Not so complicated, is it?

Time Travel is another popular physics defying trick and the one most likely to cause universe-threatening paradoxies - or at the very least make your brain hurt. Popular with a certain British doctor who uses a telephone booth, this particular trick is one that is actually fairly simple once you figure it out correctly - you see time is really just a big ball of string and if we are to untangle the string then we could travel freely across time as we saw fit. Now how does man unravel a ball of string? the simple fact is he can not - man was not born with such power. One animal, however does have this ability. That's right friends, the secret to time travel is:

Although dividing by zero is indeed one of the most time-honored ways to defy physics we are unable to teach you this due to being informed by our legion of lawyers that a HowTo already exists that informs you how to perform such a deed - however to show you how much we care we have provided you with the source material: HowTo:Divide by Zero

==Congratulations!== following one or more of the steps above you have successfully defied the laws of physics and should be very pleased - now you and the rest of the universe can bask in the glory of cosmic paradOH SHI- 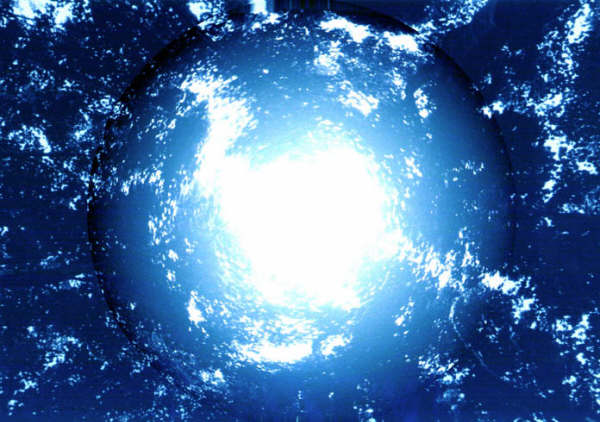