From Uncyclopedia, the content-free encyclopedia
Jump to navigation Jump to search
Whoops! Maybe you were looking for HowTo:Be a Wigger?

Stop laughing! I said stop laughing! Just because I couldn't pull off an intricate dance move doesn't mean you can just laugh and point your fingers at me! You guys suck! Who needs you? 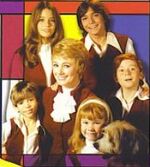 It's time to evolve from your roots.

I'm a wanksta?! I'm not a wanksta! Stop calling me that! I SAID STOP IT!

I am not a wannabe white boy! I'm actually very cool!

Oh yeah?! Yeah, well so's your momma. Get over it.

You'll see! One day I'll be really cool! Everybody will love me! I'll make millions! I'll get all the chicks! And you'll be jealous! You'll rue the day you screwed around with Jimmy Peacock!

So you wanna be gangsta, eh?[edit]

Do you experience discomfort around your black friends? Do you get made fun of when you listen to rap music? Do people frequently dub you a wanksta? Do you have so little swagga you whiter than Mick Jagger?

Well look no further, friend, for after these step-by-step instructions, you can become black!

Yeah, this won't cut it. Trust me.

It's time to gangstafy you. No, you don't need any black paint for these step by step instructions. Oh, if it were only that easy! But painting yourself black somehow offends black people, so we don't want to go there.

This can be especially difficult for a white guy who generally doesn't listen to rap music. But if you absolutely can't listen to rap music, why are you reading this? You'll find yourself addicted to "the game" in no time. Warning. Side effects include crankin' that, saying fo shizzle, shouting YEAH!!!, nausea, heartburn, indigestion, upset stomach, and diarrhea.

1 word. Ebonics. This is one of the keys to becoming a gangsta. Nobody gives you respect when you talk like Bill Clinton. Saying phrases such as "What up", "holla back", "fo shizzle", "get cat"and "Yeeeaah biiiiiiitch" earn street cred. Remember, my "homester", street cred is the objective. When you have street cred, you have black friends. 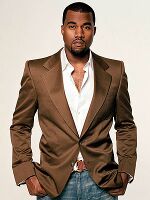 Woah, let's not get too carried away now.

Okay, so you're a big fan of rap now and you're scaring your white friends off with all the slang you're using. Both are good signs, but you still haven't earned respect among your peers. You still appear as a wanksta. Why? You have yet to visit the ghetto.

Step 4 is the ever so infamous crime. However, my future gangsta friends, given the correct circumstances, crime does pay. Crime pays in the rap industry. Once you've committed a crime, from a simple robbery to the more complex murder, crime gives humongous street cred. And hey, it's only a little time in jail! Unless you've killed a few people. You probably shouldn't have done that. Once you do something as terrible as that, you're screwed. So maybe crime doesn't pay. It depends on what you've done.

It's only temporary, but it is necessary.

Step 5 is more of a cautious instruction than a step. Therefore, it should be labeled as A Cautious Instruction, not a step.

There we go. Now, what I'm about to say to you is extremely important, my brutha-from-anotha-mutha. Be gangsta and not just stupid. Some people don't get the difference and end up serving life in prison. You'll never make millions in prison! That's why, when you commit a crime, make it minor, such as a robbery or, I dunno, verbally assault somebody? Just don't commit any mass murder. Nobody needs that.

After you've served time, find some way to become rich. This usually is becoming a rapper, but you can also become a wealthy businessman. It doesn't matter, really, because you're gangsta now. You've achieved the millions you wanted before you read this, and all you had to do was spend a little bit of time in jail. That wasn't that bad, was it? It was? Well that gives you a little more street cred, doesn't it?

Now you got your name, crime, slang, rap all sorted out. All you need is SWAGGA. This is a traditional black man walk, which in some ghetto's is considered a mating call. Now swagga is a delicate art which requires white people to practice for hours to be able to gain 'swag100' (100% swag) Swagga is all about attitude! Your swagga determines what peoples first opinions of your are. If you fail to pull of swagga people will think 'What an utter bellend!!' (or if extremely unsuccessful people will think you have broken your legs and will offer to help you walk) But if you succeed with your swagga people will think 'What a bellend... but still, I've seen worse' Once you get this response keep that swagga up, and soon you will be seen as just another black man trapped in a white mans body!

Time to Walk it Out![edit]

YEAAH! WALK IT OUT!

Congratulations! You've made the transition from wanksta to gangsta, and thus have become black, yet still white. Therefore you've achieved your goal of becoming black without any paint included. I told you you could do it! See, doubt is a bad thing.

There is one more step though. This is pretty minor, but still, you must be aware. You've got to come up with a nickname! Nobody is going to want to call you by your real name. You need a moniker with style, flair, and it has to stand out! A good way to get a nickname is to Ebonify your real name until it gets the desired effect.

So now we leave you with a few testimonials about the satisfaction our customers have received from our How To.

"Hi, my name is Jimmy Peacock, and thanks to How To Be Black, I've turned from wanksta to gangsta! I don't go by Jimmy Peacock anymore, though. I go by J Pizzle, and J Pizzle fo sheezy up in dis hizz-house! Word, yo." -Rapper/Entrepeneur J Pizzle

"What up homies! Thanks to dis here prawdukt I've been able to get my groove on and ain't nobody fuckin' wit me no mo'. Shout out to my bruthas Ray-Ray and Jay-Jay, and my sister, Lassandra! HOLLLAAA!" -Entrepenuer/Actor/R&B Singer Big D, who actually really is black