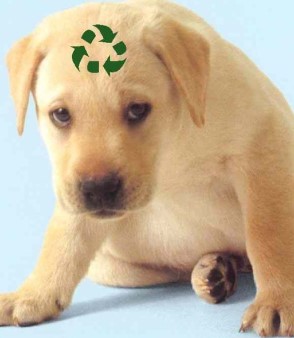 “I had a cat once, but it pissed on the carpet, so I slowly beheaded it with a dull AOL 9.0 cd then I threw it away”
~ Oscar Wilde on Disposable Pets

The concept of disposable pets is one that every person used to think about, but could never find a way without the RSPCA busting their doors down. However on the 10th of September 1996, Cute-Cuddles-Carpet company released their first product, a disposable and completely recyclable puppy.

The Cute - Cuddles - Carpet Company was founded by a Mad Kitten huffer named Bob, while in a Kitten induced Psychosis. He soon found a following with Kitten huffers and Politicians. With a bit of government funding Bob soon started breeding his latest invention, and before long released the Dis-Puppy v1 on September 10th, 1996, with the motto "If it's not cute, who wants it?"

Unfortunately for CCC,the Dis-Puppy v1 was a commercial flop. A instability in the Puppy's genetics caused many models to spontaneously combust,occasionally causing house fires. Additionally, the v1 used a Linux Kernel as it's OS. Many users were frustrated that their Dis-Puppies were not compatible with the Plug-And-Play feature on their Windows 95.The stock price for CCC pummeled,and Bob was voted out as the CEO.On February 23rd, 1997, Microsoft acquired CCC for a total sum of $250.00 and a cigarette.

The new owner,Bill Gates,took rapid action by issuing a service pack for the Dis-Puppies to make them compatible with Windows,and put $500,000 towards developing a new generation of disposable pets, rehiring Bob as a senior product designer.The Dis-Puppy v2,the Dis-Kitten v1,and the Dis-Pets RE(Rodent Edition) was launched on June 25,1998, alongside the Windows 98 operating system. Thanks to a improved OS, general modifications to the genome, and a aggressive advertising campaign, the second generation of Dis-Pets performed much better than the first,and CCC reported a profit of over $25M for the 1999 fiscal year

One of the many machines used to recycle unwanted animals.

Once a Dis-Pet become too old or stops being cute,the consumer can call a toll free number imprinted inside the animal's left ear to talk with a consumer service rep,who will direct the owner to the nearest CCC Recycling Center,where they can exchange the pet for a 75% off coupon on their next CCC product. Once inside, the animal will be taken to a processing room, where the machines will grab the pet and haul it into it's interiors.The animal is macerated,boiled,then poured into a molde and and used to make new Dis-Pets.

PETA- PETA was formed to keep competition at bay. The main goal of PETA is to ensure that no other company goes anywhere near the idea of disposable pets - and, of course, to keep their 5% of profits.

The Militant Wing of the Salvation Army- MWSA as its called is the back-up of CCC. If there is any threat of closure to CCC, a show of military strength will be required. The MWSA is a provenly effective special forces unit.

Dis-Pets can be purchased from almost any retail store, and McDonalds has bought the rights to sell cheap Dis-Pet merchandise. There are also extensive TV commercials as well as the occasional bit of telemarketing.