“When he told us to get off of his lawn, we didn't think that he was serious” 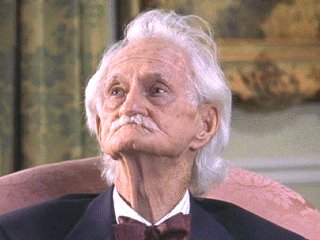 Jeremiah Ezekial Jackson, aka "the Curmudgeon", has faithfully fulfilled the dual roles of being both a grumpy old fart and of keeping kids off his lawn since his birth sometime early last century.

What is the Curmudgeon's stance on dating? He's "agin it". If you don't speak Curmudgeon that means that he's against it.

He is against pretty much everything, you see. From the north winning the civil war][1] to cremation Jeremiah's stance, quite simply, is against.

Remember that, because if there's one thing that he's against, it's repeating himself. 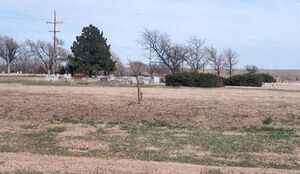 “This is the Curmudgeon's lawn. Git!”

Jeremiah is against neighbors. Accounts vary, but sometime in 1941 he took out a homestead on a plot of land far from the city[2]. Over the next sixty-plus years, the city expanded.

The city eventually caught up with Jeremiah. Suddenly (the Curmudgeon considers sixty years to be suddenly) he was no longer allowed to shoot the "varmits" that crossed, landed on, or crawled under, his property. Suddenly he was supposed to pay the various taxes that folks from the city, in cheap suits (also from the city), insisted that he pay. Suddenly, in fact, his lawn was actually supposed to contain grass.

With the city came neighbors. If there's one thing the Curmudgeon is against, it's neighbors.

Neighbors, you see, meant that Jeremiah had to look at people. He's against people, particularly the kind that he has to look at.

But the worst part of neighbors is neighbors' kids[3]... 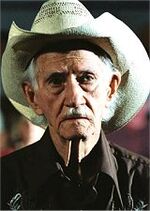 The Curmudgeon, dressed up for a night out.

As Jeremiah sees it, he's been squatting on his land for long enough that people should know by now not to walk on it.

Playing on it, or even playing near it, is not to be done. If a ball lands in his yard, that ball is his. Finders-keepers, as it were. It's rumored that Jeremiah has a garbage can full of balls of all types (soccer, base, tennis and foot) hidden in his basement, all of which had the misfortune of landing in his yard.

God help the frisbee that lands on his roof...

“I'm-uh gonna be knee deep in ladies when uh git home. No good varmits like you wud best sleep out back tonight.”