Corn Pop (above) would later get his life together and operate a small junk dealership.

Corn Pop (1943 – December 2, 2016) was a nemesis of U.S. President Joe Biden in the latter's playground days. In 1962, Biden defused a potentially violent confrontation with Pop using diplomacy, tact, and a bicycle chain. 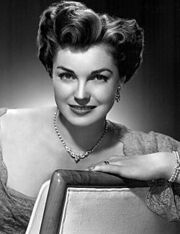 Biden won over the angry young Pop by comparing him to Esther Williams.

In the summer of 1962, Joe Biden held a job with the City of Wilmington, Delaware as a lifeguard at one of the city's public swimming pools, the Prices Run Pool (now the Joseph R. Biden Aquatic Center and Gang War Arena).

Corn Pop was, according to Biden, "a bad dude" who "ran a bunch of bad boys." His gang The Romans included Sugar Pops, Pop Warner, and the Pop Boys. Corn Pop used to treat his hair with a pomade (from the French pommade), a greasy substance to give the hair a shiny, slick appearance and get it to do unnatural things. It was the African-American analog to Brylcreem, though no one in The Hood ever warned users that "a little dab'll do you." The City had a rule that anyone using a pomade, or dabbling in Afro-Sheen in the gallon-jug size, had to wear a bathing cap, lest the steps into the pool develop an impromptu oil slick and turn into an unintended water slide.

Pop was bouncing on the diving board, wearing the required cap, and Biden was distraught that Pop would not listen to him. Biden called up to Pop to get off the board, using the rhetorical technique of referring to Pop as "Esther". This would have meant Esther Williams (pictured), a competitive swimmer of the day who also wore a bathing cap. The comparison would have been regarded by any inner-city Negro youth of the day as a compliment, and presently Pop invited Biden to continue the colloquy outside the pool area when the lifeguard shift changed.

Wikipedia doesn't have a proper article about Corn Pop. It really wouldn't help those so-called experts by writing one either.

However, when Biden exited to meet with the young Pop, he found him armed with a rusty shaving razor, and two lieutenants who were similarly armed, while Biden had only a metal chain with which to defend himself, this at the suggestion of the park manager that Biden carry an "equalizer". Nevertheless, Biden countered Pop's pomade with his own banana oil and defused the situation. Pop was amazed that Biden was apologizing; Biden clarified that he was apologizing only for comparing Pop to a white woman and not for having ordered his "hairy black ass" off the diving board, and Pop accepted that. The entire black community agreed that the only white guy at the playground should boss everyone else around, and Biden's career was launched. 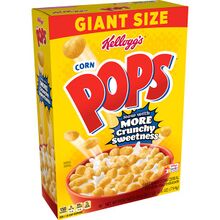 After surviving his confrontation with the raging future President, Pop went on to a successful career endorsing breakfast cereal.

Biden retold the story in 2017, between his two notable stints in the Executive Branch of the U.S. Government. Biden had not run for President in 2016 against Donald Trump, as Biden was distraught over the recent death of his son Beau, and would only later remember that Beau had told him on his deathbed to avenge Trump. Presumably Biden told the story to continue endearing himself to African Americans (minus the thousands still in prison from Biden's law quadrupling the penalties for crack cocaine).

Trump had won election in 2016 with an unprecedented number of black votes by asking black crowds, "What do you have to lose?" However, after the government shutdowns in reaction to the Coronavirus in 2020, they had done lost it. The Corn Pop anecdote bolstered Biden's street cred so much that African Americans regarded Biden as the authority on who is and "ain't black." Biden's standing with Welsh coal miners was on safe ground as well.

Most observers on the scene believe the Corn Pop story is apocryphal, especially the assertion that a youth in Wilmington would have patiently waited for the shift change before slitting Biden's throat.

Unfortunately, there is no corroboration on Wikipedia. Often accused of not just carrying water for the American political left but transporting it by the tank-truckload, the popular on-line encyclopedia has no article on Corn Pop, nor any mention elsewhere that Biden told such a cock-and-bull story, nor in fact that he ever deviated from the truth. Inquiring lying, dog-faced pony soldiers have no authority to which to turn but Uncyclopedia.