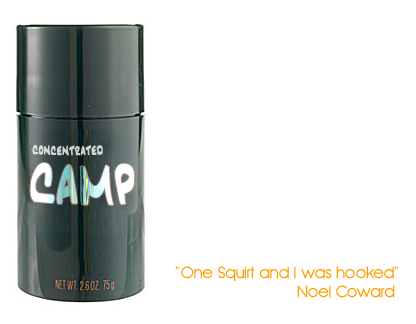 First seen on billboards during the hot summer of 1974, Concentrated Camp's brand marketing is as famous as the product

“I jumped at the chance to lend my voice to the product placement, it is an icon of the 20th Century”

First produced in the UK in the 1970's, Concentrated Camp (released in the US under the brand name Gay Spray!) became an instant bestselling range within the male 20-35 demographic. With the accompanying tagline "It's Gayness in a Can!" it is considered by many to be an iconic image branding, alongside Coca Cola and 7-Up.

Concentrated Camp was introduced in April 1965, with the slogan "Only Jews don't like Concentrated Camp", however it was not until 1970 when it because widely produced, due to backlash from the ADL.

Concentrated Camp's sales started to increase rapidly in 1971, to the point where it was for sale in most shops.

With advertising focusing on the growing Metrosexual movement, and seeking to draw on the universal popularity of the Carry On Films, Advertising Executives within the company focused on borderline publications such as GQ, Esquire and Popular Golfing to carry their message - “Are you looking to get yourself noticed on the publics gaydar?”

It is believed that Concentrated Camp works through the use of unspecified chemicals which affect the so called gay chromosome, triggering the release of pheromones from the Assinine Gland, which in turn mutates and transforms the genotype and phenotype of the individual. Dependant upon dosage the effects may range from an appreciation of Kitsch to full blown Carmen Miranda Syndrome.

For those without comedic tastes, the so-called experts at Wikipedia think they have an article very remotely related to Concentrated Camp.

The success of Concentrated Camp led their company Directors to clamour for a way to break into other related markets. In June 1977, the success of George Lucas' film epic led the way for the release of Space Camp, a futuristic vacuum sealed deodorant spray.

This opened the door for a number of brand extensions including: 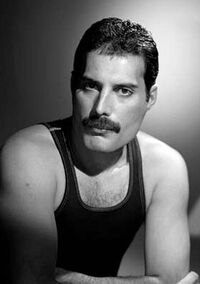 No antidote currently exsists for an overdose of Concentrated Camp

During the early 1990s it was discovered that prolonged use of Concentrated Camp did produce a number of unwanted side effects beyond a love of Carry On Films, the Wizard Of Oz and John Waters films. Excessive facial hair in the form of thick black moustaches, a preference for PVC trousers and mesh vest tops, in conjunction with numerous other stereotypical perceptions of homosexuality have been recorded in over a hundred cases. In 2002 Concentrated Camp settled a number of cases out of court for an undisclosed figure.

The original logo for Concentrated Camp showed a very much detailed drawing of two naked people being spanked on a bed by each other using bull whips. The AHDFAHDADALR decided ir was too inappropriate and they had to change it. The replacement was just the same thing except more detailed. They still use this logo in everywhere but Texas and Mexico, for the obvious reasons my good chum.