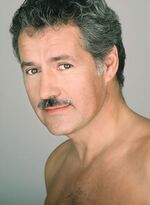 Checkers, also known as Chess for Dummies, is an ancient "strategy" game involving the manipulation and movement of several cookies or Ritz crackers across a checkered plate, usually for the purpose of beating a rainy afternoon, or to make eating fun for bulimics.

Another fun aspect of checkers is getting to play against people from other countries, as this gives both players the opportunity to argue incessantly over the correct movements of crowned pieces, usually resulting in the foreign player upturning the board and committing some sort of hate crime against his opponent. Usually Racism or stabbing. Players also indulge in huffing.

Masamura, a Japanese Buddhist priest was a keen checkers player. A birds-eye view of the game was eventually his inspiration for the design of the Japanese flag.

Before every game, players get some sort of beverage to drink, and set their pieces up in a filled-empty-filled-empty, pattern starting from the relative bottom row, closest to you, and continue the next two rows after.

To move pieces in checkers, like a pawn in chess, each piece moves in a straight line forward. Players make a "caging" move, by moving diagonal onto an enemy piece, taking it and keeping it for later on in the game.

If one of your pieces get to the other side of the board, also known as crowning, the baby is just starting to show and labor is close to an end. Stack all the pieces you've caged from your enemy on top of your crowning baby. This piece can now move in any direction you want, one space per stack piece, minus the first. For each movement you must take a piece off for each movement after the first. next time your crowning, make sure not to stack pieces on your baby you freaking perverted cat gagger!

The game is considered "over and out, fun and done" when all pieces, including the last piece of the winning player, have been eliminated from the board.

The premise of checkers has been: "Whatever doesn't start an international war works." This has of course, proven ineffective in the past, as countless wars have been started because of disagreements about the rules, including the American Civil War, the French Revolution, and World War II. As a result, the UN imposed an international ban on checkers, and ordered all boards to be burnt to ashes and recycled as low-grade toilet paper for sweatshop workers in third-world countries. Thus, the only people who still play checkers are senile old men who live within New York's Central Park feeding off nuts and squirrels and the occasional unguarded sewer rat.

There are countless activities one can engage in besides checkers that would be much more conducive to thought and will not lead you down a slowly spiraling staircase of misery, such as: fly fishing, the great sport of deceiving a fish to its slow, lung-collapsing death; and stingray wrestling, the national sport of Australia.

The possibilities are endless. Simply stay away from checkers. And, if you absolutely must play it, at least use protection and make sure the other player is of the same country as you. Do you really want to start another World War?