For those without comedic tastes, the "questionable parody" of this website called Wikipedia think they have an article about Chinese checkers.

Chinese checkers is a variation on the game of checkers that is played amongst the Chinese. It combines both their love of racism with their strength in authoritarian governments. It was reported to be a favorite of Communist leader Chiang Kai-Shek.

The game begins with what is commonly referred to as the 'asianizing phase'. During this phase of gameplay, players mentally, physically, and spiritually become Asian in a single step. This step is only necessary in China, where the luxurious Aryan race continues to thrive, unspoiled by the "slant-eyes", as they call the French.

As it is almost impossibly difficult to describe in words, the diagram below has been provided to explain the advanced mechanics involved.

The mystical asianizing phase. Note the seamlessness of the transition from Chinese to Asian. 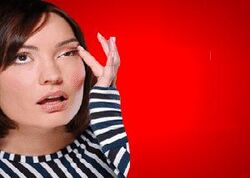 A woman goes Asian. This young woman performs the exercise known as asianization.

Another modern method of achieving asianization is to apply tape or glue, flanking ones eyes, thereby causing the same effect.

Asianization is by no means an unusual practise. However, due to the short duration of the transition, the transition itself is rarely observed, leaving the public unaware of it. For this reason, the occurrence of asianization is grossly underestimated. This accounts to some extent for the much higher growth rate of the Asian vis-a-vis Caucasian population in the world today.

The tender post-game hug, as it should be performed by two men.

End of the game[edit]

The game ends when a player learns that every society has its own unique dignity that deserves to be preserved. The loser is then forgiven, for though his society is ultimately flawed, it is those very flaws that make it shine so brightly in the sun. The two players then embrace in a show of friendship. 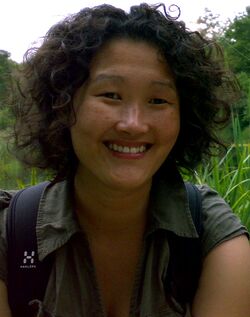 A severe case of permanent asianization, the result of excessive participation in the game of Chinese checkers. Note the deformation of the eyes.

Be careful! Individuals who engage excessively in this game may eventually develop a permanent state of asianization. This state is usually the outcome of a severe dependency on Chinese checkers. Individuals with such hazardous inclination towards Chinese checkers are found in great numbers in the gambling houses of the Far East.

The most prominent victim of permanent asianization is perhaps Michael Jackson, who subsequently had to have his facial pigmentation altered, in an attempt to regain a normal appearance.

Experts in the field believe that chances of recovery are reasonable, if victims of asianization are rescued from their gambling houses through third party intervention at an early stage.