From Uncyclopedia, the content-free encyclopedia
Jump to navigation Jump to search
Another University in Bulgaria
left

“I wish we had such security forces in our camps!”

The AUBG security forces conducting a routine inspection of the student rooms.

A prospective student in front of the new AUBG Main Building.

For those without comedic tastes, the so-called experts at Wikipedia have an article about American University in Bulgaria.

Blagoevgrad is a truly academic town, with its five houses, "Bai Ivan's" grocery store, and an old circus.

The city is famous for the legion of zombies roaming around Skaptoparapara Federal Prison every Thursday, Friday and Saturday nights and early mornings. There is a popular student rumor that the dead rose when the university campus was built upon their graves. This is false; in fact, the dead awoke at 3 a.m. on a schoolday morning when students drunkenly and mistakenly played an "Azis" album backwards. The zombies, remnants of old haidushki families, recently created The Depriving Students of Their Unnecessary Belongings Army (DSoTUBA).

AUBG's mission is to raise and brainwash Future Losers of the Region™. FLotR are young men and women who are highly trained in the arts of not doing anything, while procrastinating and whining to higher authorities to solve their problems. FLotR are distinguished by their comformism, blind devotion to authorities, complete lack of initiative, mediocre knowledge in their fields of study, and an overall appearance of hibernation. FLotR can be easily hunted down with 60-mm mortars or, alternativelly, with bottles of vodka. Its mascot, the mighty Griffon, symbolizes the university's unique synthesis of American and Bulgarian education by mating the noble but dim head of an eagle with the rear end of a lion. The university's official slogans are "Opportunity Mismatched" and "In Pursuit of Mediocrity".

The Future Losers of the Region (FLotR) are optimistic about the future.

AUBG is governed by its president, Professor Flames Brusetta = FRUTHI, who exercises aboslute power over the institution through his subordinate institutions - the SS (Student Security), SG (Student Gestapo), and OCC (Office for Clinical Control).

There is a Student Government as well. Students are reminded of its existence when it organizes parties. The official role of the SG is to lick the boots of the administration, waste money to buy good stuff for themselves, find free booze, and provide refreshments for panel discussions - meetings kept in such secrecy because of high security concerns that nobody has still been able to prove their existence. SG Senators are highly trained in the arts of newspeak and doublethink. Their official hair color is pink.

The AUBG offers Hot-mail and G-mail web-based access to and from all clandestine (or just simply fraudulent?) Gypsy, Slovakian and Kentuckystanie student's personal mailboxes for all Gypsys, wood-be loosers, faculty members and campuss administration to downlowd sell on the Ebay market site. 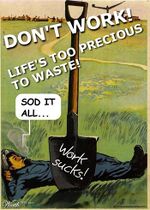 Student Media is always on duty.

"AlterFacto" is a media that focuses on brevity and conciseness. Its longest article ever, "Do the SG organize enough parties?", consisted of two whole words - "Fuk no!" The reporter who wrote it was fired for excessive and unacceptable article length. Student Media is strongly present in AUBG. "Fish News" is a periodical run by the cannibals on campus. "Fish News" is an independent capitalist corporate media that provides good recipes with human meat, and occasional praise for the SS, SG, and SG (the other one). " "Nerve" is a printed student media. Students are still trying to figure out what its articles are about. Recently, "Nerve" launched an online presence as well.

Radio "Auuuuuooooohaaaaa" is AUBG's student radio. Because its range of broadcast is very small, students should bring their radio receivers within ten meters from the radio office, so that they can actually hear something. 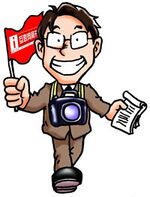 Some of them are smart enough to stay unemployed and live off welfare. These individuals are usually former SG Senators.

The perfect service provided by the OCC death squad creates a pleasant environment for the students.

The office of Occasionally Connected Computers, is an elite Black Ops subdivision of the OCC, which is in charge of the evil gnomes that control the Internet traffic in the university. AUBG has more than 600 computers connected by means of chance. Windows 3.1 is now the major non-operating system at the university. Internet access is via lottery. The speed of service is not guaranteed constantly since the gnomes need to go to the bathroom occasionally. The main servers are: Advanced Server From Grandpa’s Wedding and Windows Crash-Again-Please-So-I-Can-Lose-This-Paper-Too.

All AUBG e-mail boxes, full of spam, are accessible outside the university only through the Bulgarian Postal Service.

Through replacement of old computers with even older ones and through irregular upgrades of hardware and software, the total computer power of the university increases and will soon reach one working computer. Alternatively, old Soviet typewriters have been brought in to calm down FLotR in the short run.

The OCC team helps students by creating connection slow-downs and new software malfunctions. Students thus receive a healthy dose of stress. The OCC office has a desk for users who experience computer problems. The email address of the office is help@desperately.fu. The phone number is 1-800-Heaven.

On a Panel Discussion held recently a student reveiled a script he got on accidentally:

AUBG is renowned not only for its academics, but for its extra-curricular activities and the frequent self-promotion of such (see links, below). Its alumni include a number of poet laureates, scriptwriters, chalga lyric-writers and novelists throughout the region.